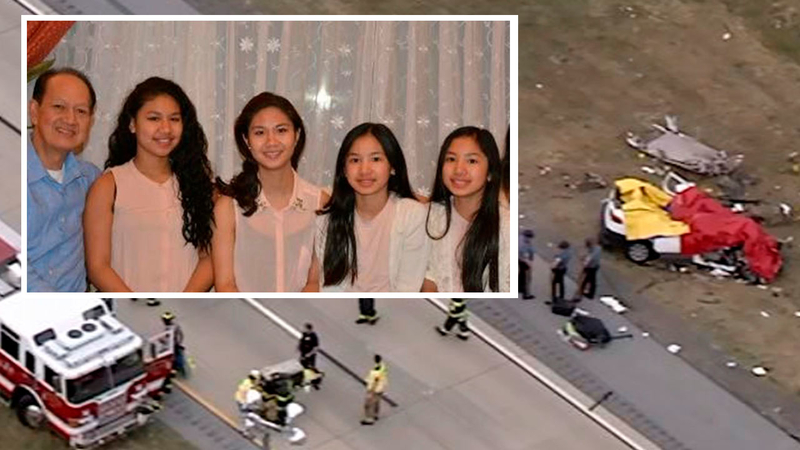 TOWNSEND, Del. (WPVI) -- The driver charged with causing a crash on a highway in Delaware, leading to the deaths of five members of the same New Jersey family, entered a guilty plea on Wednesday.

Alvin Hubbard III of East New Market, Maryland faces up to 14 years in prison if he gets the maximum sentence on all charges.

Hubbard's pickup truck crossed the median on Route 1 and collided with the family's minivan in July 2018.

The family was returning from a trip to Ocean City, Maryland at the time.

In the indictment, investigators said neither drugs nor alcohol were involved in the crash, but that Hubbard operated his pickup truck in a criminally negligent manner.

The family's matriarch, Mary Rose Ballocanag, survived. Her husband Audie Trinidad of Teaneck, New Jersey, and their four daughters died in the crash.

In an interview, Kern said the crash site looked like a "war scene."