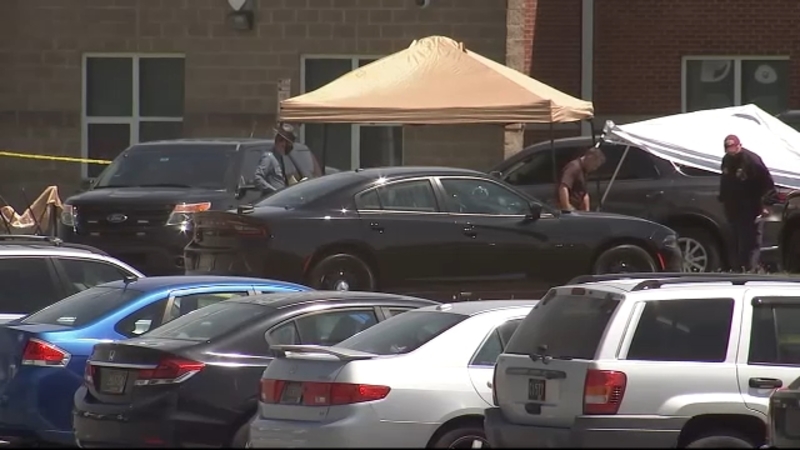 Troopers responded to the school at about 10:25 a.m. and found a 38-year-old woman had been shot.

According to investigators, the woman and the 47-year-old male suspect arrived at the school together in the wife's vehicle to pick up their daughter for a medical appointment.

Police said the couple argued outside of the car before the suspect pulled the victim into the vehicle and shot her. The woman was pronounced dead at the scene, authorities said.

According to police, the suspect left the school parking lot in the vehicle but ended up switching into another vehicle that was registered to him and parked nearby.

Troopers located the suspect's vehicle at about 11 a.m. near Route 13 and Route 42 and a pursuit began. The suspect led police into Maryland and ultimately shot himself and crashed near Galena, Md., authorities said.


The suspect was taken to an area hospital where he was pronounced dead.

During the investigation, troopers learned of a second victim who was an acquaintance of the female victim.

Officers then responded to the 800 block of Monrovia Avenue in the McLane Gardens Apartments to check on the welfare of a 21-year-old woman. Officers found the woman inside her home with apparent gunshot wounds. She was pronounced dead at the scene, authorities said.

They identified the 21-year-old victim as Dee Dominick-Dalton, a close friend of the couple.

Neighbors said they don't know why Dee was at the couple's home on Tuesday.

They noted that victim's husband had been living elsewhere while the couple worked out some issues.