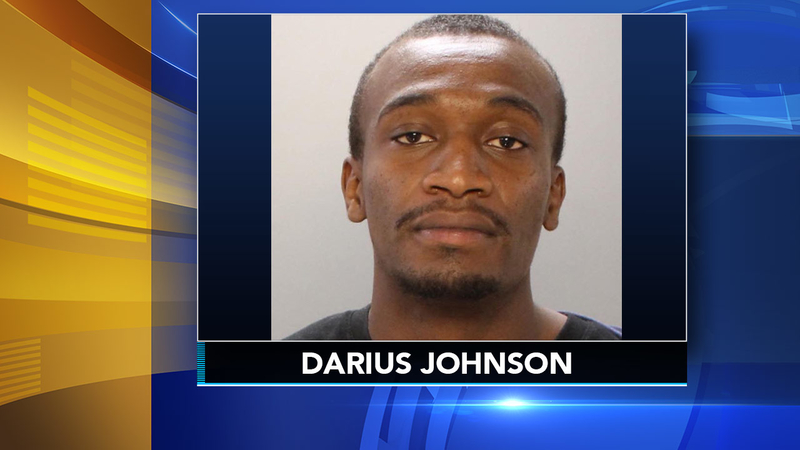 PHILADELPHIA (WPVI) -- Police arrested a Delaware County man in connection with the attempted rape and robbery of an 82-year-old woman in West Philadelphia.

Police say the suspects went upstairs to her bedroom and tried to rape the woman.

The 82-year-old asked them to stop and they did, according to police.

The suspects stole a keyboard, $160 cash, and her cell phone before fleeing.

While the two had their faces covered, police were able to identify the suspects' vehicle; they recently released surveillance video of it near the scene.

Surveillance video: Vehicle sought after attack on woman, 82, in West Philadelphia on July 19, 2018.

On Monday, police arrested 23-year-old Darius Johnson of East Lansdowne. He was arrested on Carter Road in Folcroft.

Police continue to search for the second suspect.