The driver was gravely injured and is in extremely critical condition, according to investigators.
WPVI
By Corey Davis 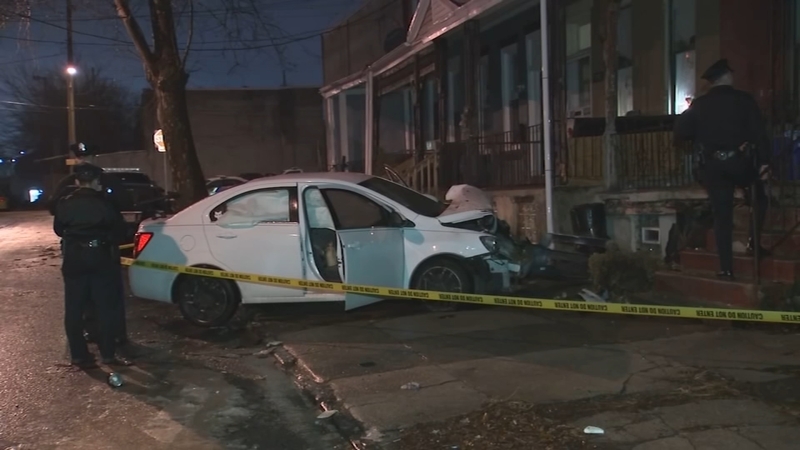 PHILADELPHIA (WPVI) -- A gunman ambushed a pizza delivery driver and shot him in the head while he was making a scheduled delivery in North Philadelphia, according to police.

The shooting happened near the 1400 block of West Mayfield Street around 8 p.m. Monday.

Authorities said the 40-year-old victim crashed into a house at 15th and Mayfield streets after being shot.

The driver was gravely injured and is in extremely critical condition, police said.

Investigators said they saw the graphic crime play out on surveillance video.

"You can clearly see the delivery driver traveling west on the 1400 block of Mayfield. You see in a vacant lot, a male appears to be crouching down and hiding," Philadelphia Police Chief Inspector Scott Small said. "Then when our delivery driver pulls up on the block, our perpetrator clearly exits from the vacant lot, walks right up to the driver's door, reaches his gun into the window that's down and shoots this delivery driver in the head."

After the shooting, the delivery driver's vehicle is seen on surveillance video speeding down the street. It then jumped a curb and crashed into the house.

Investigators said they don't know if the shooter was possibly after money or why it happened, but said none of the food was taken.

They do know the victim had a scheduled delivery in the 1400 block of Mayfield Street.

The crash that followed the shooting caused serious damage to the foundation and outside wall of the home, so officers said they called Licenses and Inspections to be sure the home was safe for everyone living inside.

There were no injuries reported to anyone in the home.

Philadelphia police are investigating after a pizza delivery driver was shot in the head on Monday night.