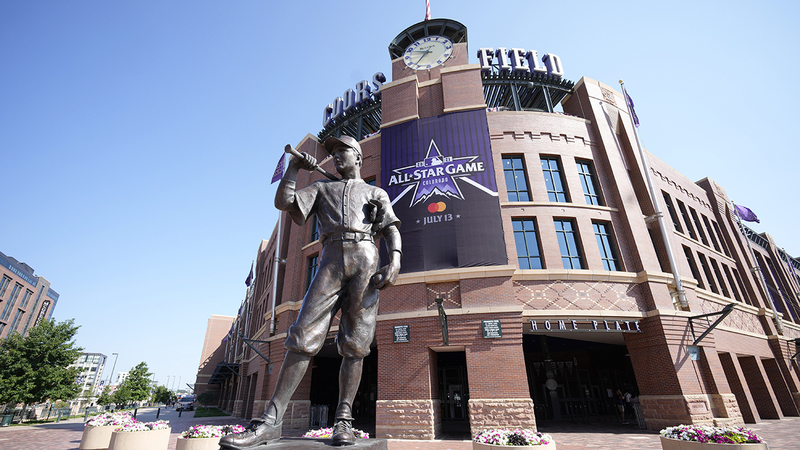 The preliminary assessment of law enforcement is that the stash of guns appears to be connected to a possible illegal transaction involving drugs and guns, according to an internal law enforcement memo obtained by ABC News.

Sources said three males and a female, all in their 40s, were arrested at Maven Hotel in downtown Denver, which is located just a block from Coors Field, at 7:30 p.m. local time Friday.

Authorities said the suspects brought multiple rifles, ammunition, body armor and illegal drugs to rooms on the 4th and 8th floors of the hotel.

Authorities arrested four people after police seized dozens of rifles from hotel rooms near the stadium hosting the All-Star game.

The tip came from a member of the housekeeping staff who saw a rifle while cleaning one of the rooms.

This comes just one week after a maid in a Chicago hotel reported finding a rifle in a room overlooking the city's lakefront 4th of July festivities.

After the 2017 Las Vegas massacre -- where a gunman killed 60 and injured hundreds by opening fire from his hotel room overlooking the Route 91 Harvest music festival -- hotels have been extra vigilant about keeping an eye out for suspicious activity.

MLB All-Star weekends draw tens of thousands of baseball fans to its host cities, and with coronavirus restrictions eased, Denver was no exception.

Police sources acknowledged the threat of such firearms close to massive crowds but have not yet determined any link to a mass shooting plot.

"We have no reason to believe this incident was connected to terrorism or a threat directed at the All-Star Game. We are not aware of any threat to the All-Star Game events, venues, players, or the community at this time," an FBI spokesperson said in a statement.