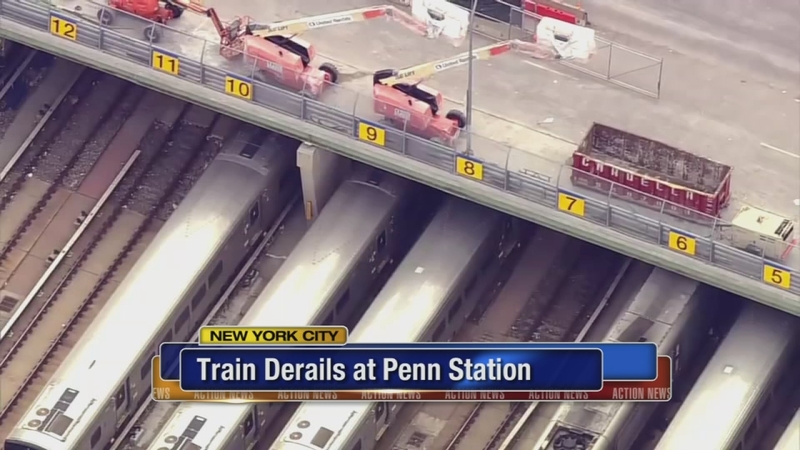 Derailment at Penn Station in NYC

NJ Transit Northeast Corridor Train 3926, the 7:31 from Trenton, experienced a slow speed derailment while pulling into Track 9 at Penn Station at about 9 a.m.

About 1,200 passengers were on the train at the time.

NJ Transit Northeast Corridor, North Jersey Coast Line, Raritan Handle and Midtown Direct service was suspended in and out of Penn Station. Midtown Direct trains were diverted to Hoboken, N.J.
Amtrak said Acela Express and Northeast Regional service between Newark and New York would be subject to delays and that Keystone Service might be modified. Empire Service was not impacted.

Most passengers were able to disembark the train onto the platform. However, hundreds of passengers on the rear four cars could not immediately exit their train because the cars were not in alignment. They were led to the platform by NJ Transit personnel.

Amtrak owns and maintains Penn Station's tracks and infrastructure. While the LIRR normally has use of nine departure tracks from Penn Station, Tracks 13 through 21, the LIRR expected to be limited to fewer tracks and platforms than normal.

Investigators from the Federal Railroad Administration were on the scene at Penn Station.

The derailment came a week and a half after an Amtrak train partially derailed as it pulled out of Penn Station.