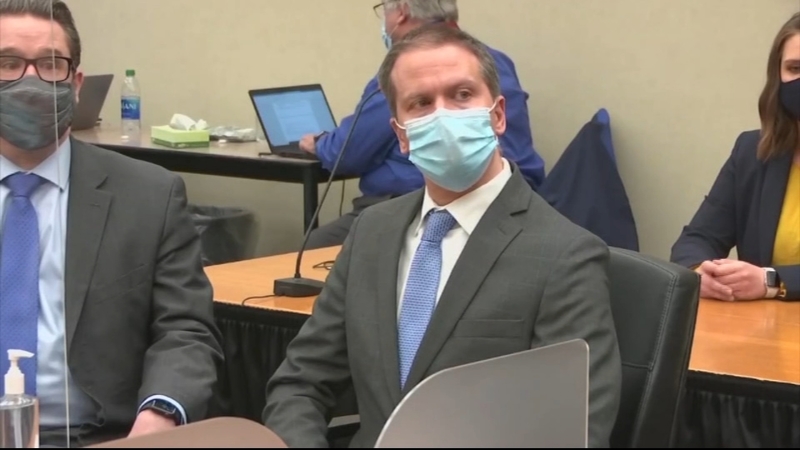 PHILADELPHIA (WPVI) -- Whether it was rewatching the traumatic video of George Floyd's last moments or constantly wondering if former Minneapolis police officer Derek Chauvin would face accountability, many would describe the trial as overwhelming.

"It makes you feel really frustrated and angry," said Justin Spencer of North Philadelphia. "Like you want to do something but what can you do as an individual?"

Mental health experts say the trial was retraumatizing as the general public learned new details about Floyd's death that were never made public until they were revealed in the courtroom.

"Not only do we have the images that we saw so long ago, we have all of this new information and we kind of have to process it and think, 'What do we do with it?'" said Marcella Rolle, assistant professor of the Department of Counseling School of Professional and Applied Psychology at Philadelphia College of Osteopathic Medicine.

"I was truly exhausted. Like it's almost like enough is enough. I have nothing else to put into it," said Lisa Pray of South Philadelphia. "You're just really drained of every bit of energy towards this particular thing."

Even after a jury rendered a guilty verdict, many state this is just the beginning. The Unitarian Society of Germantown gathered on Wednesday to hold a vigil and recommit to fighting for racial justice.

"The progress has been glacially slow for the last 400 years and sometimes it just takes a very iconic event like this to bring about change," said Frank Farley, professor of psychological studies in education at Temple University and former president of the American Psychological Association. "It's almost like a tipping point or a watershed moment."

As the country grapples with how to move forward, Rolle said it's important to check in with yourself.