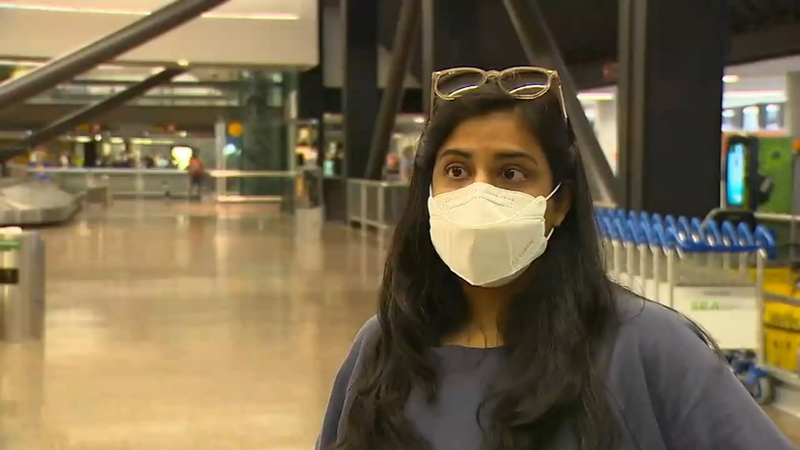 HOUSTON, Texas -- A woman flying from Seattle to Houston says she's now banned from an airline for an unusual reason.

Dr. Farah Khan says she was on a Mesa Airlines flight to Houston last Friday when she threw her daughter's diaper away in a trash can near the changing station, KOMO reports.

Khan says a flight attendant angrily confronted her, telling her the diaper was a biohazard and saying she needed to fish it out of the trash, which she did.

She says after the flight, she got multiple calls on her cell phone from a person who said they were with United Airlines.

"I picked up, and he said, 'Because of a biohazard incident on the plane, you've been placed on the no-fly list,'" Khan recalled.

She claims the phone call was soon laced with hatred and profanity.

Assaults on flight attendants on the rise, the FAA reports, and one Southwest employee lost two teeth after an attack by a passenger.

"I don't know how to protect my family from somebody who seems clearly unhinged," Khan said through tears. "So, what do I do?"

It's not clear if the no-fly list warning was real, as Khan was able to fly back home.

She filed formal complaints with United, the FAA and has also contacted police. Khan demanded to know how the flight attendant got her personal information.

Khan also plans to take legal action to get the name of the flight attendant so she can file a restraining order.

United Airlines says they are working with Mesa Airlines, and directed KOMO to their team who provided the following statement:
"The details as described by our customer do not meet the high standards that Mesa sets for our flight attendants, and we are reviewing the matter."