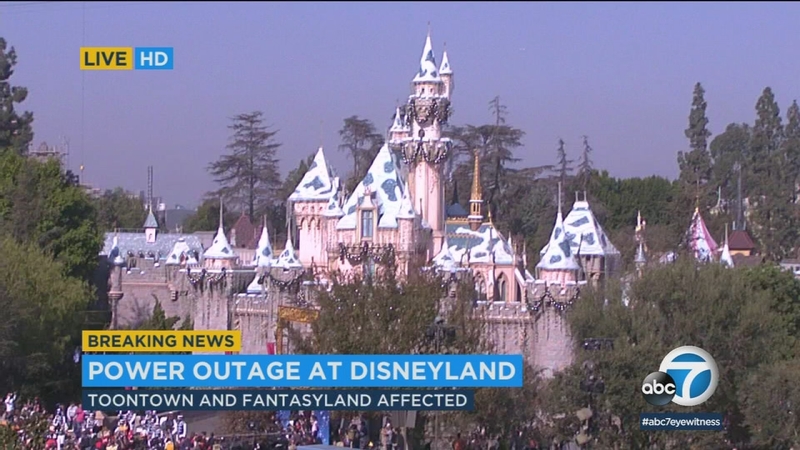 ANAHEIM, Calif. -- A major power outage affected attractions in parts of Disneyland in Anaheim Wednesday, a busy time for the park during the holiday season.

A Disneyland spokesperson said power went down in Toontown and Fantasyland, and crews were working to restore it.

By 7 p.m., the park said the power had been fully restored to all areas of the resort and the park would be fully operational within 30 minutes as attractions were brought back online.

During the outage, guests were escorted off "about a dozen" rides, including the popular Monorail.

A park spokesperson issued a statement, saying the outage stemmed from a transformer problem.

"We've determined that the issue is with a Disneyland Resort transformer and our team is currently assessing and working to restore power," the statement read.

The outage happened as Disneyland was near capacity for the day.

Park officials said they were only accepting guests for re-entry at Disneyland, but Disney's California Adventure Park remained open for everyone.