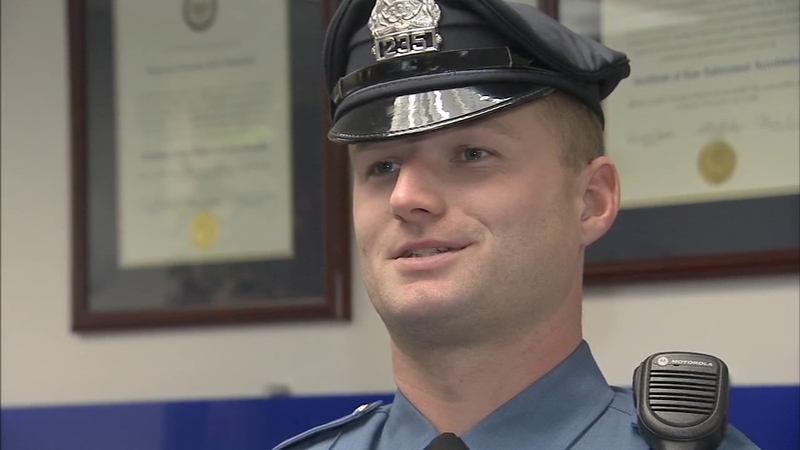 "I knew I had to do something and a Band-Aid was not going to fix this," he said.

In early October, a man staggered over to Parell's squad car. The victim had just been attacked by a neighborhood dog.

"I did observe blood on his clothing. It was saturated with it. Without him removing his hands from the wound, I could see certain things that should not have been visible," Parell said.

In other words, the victim's forearm had been torn to shreds and Parell's body camera was rolling.

Parell quickly grabs a tourniquet from his vehicle, applied it, and called for an ambulance. He also tried to comfort the victim.

"Trust me, it's very, very, very uncomfortable and that means it's working," he said to the man.

The victim lost a lot of blood before the tourniquet was applied. He passed out just as the ambulance arrived. But he did survive and is expected to make a full recovery.

"What officer Parell did by having his tourniquet and using it in an instance of crisis without having to think twice about it, he saved somebody's life," Weintraub said.

But the soft-spoken Parell says he is just happy that the victim got to spend Thanksgiving with his family.

"I am very thankful that the individual did survive and...that I was able to properly put my training to good use," he said.

No further details about the victim were released pending legal entanglements involving the dog owner.