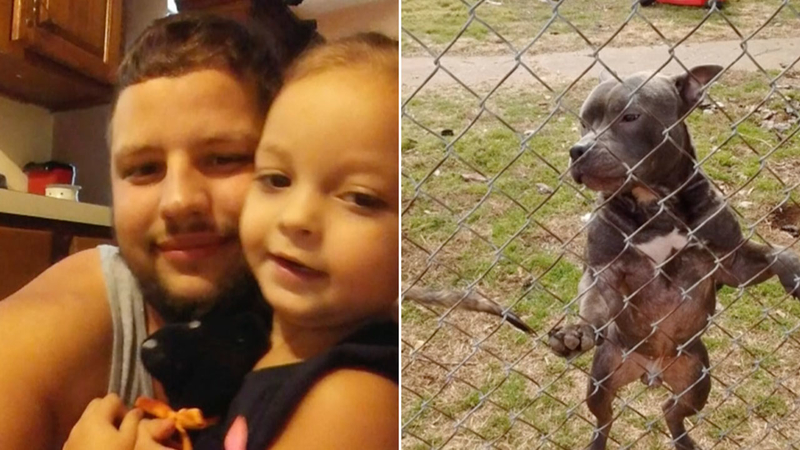 Just days after adopting a new dog, a family in Oklahoma is in mourning after the dog killed a 3-year-old girl on Sunday.

"I got the phone call. You know, 'Your daughter and the dog.' That's all I heard," Jason Dodge told KSWO.

Dodge said that his daughter, Rylee Marie Dodge, was at home with her grandmother when the attack happened. When he got the call, he rushed home.

"And I came in the house, my mom was laying on the dog," he recalled, adding of his daughter, "I picked her up and carried her, ran out the front door."

He put his daughter in the passenger seat, intending to rush her to the hospital himself, but that's when the ambulance arrived. The responders tried to save her, but it was already too late.

"There's nothing they could do -- absolutely nothing," Dodge said.

Dodge said he will remember his daughter for her happy face.

"I'd say her smile and just everything. I mean there is so much I could talk about but I'm just too depressed right now to talk much more but I miss her so much," he said.

The dog, which is a pit bull, hadn't shown any strange behavior, Dodge said. He said he had been cautious when picking out the dog, getting it from a friend and allowing his son to play with it first.

"It loved him, gave him a hug and licked him on the face, everything," he said. "I brought him here and my son would come outside all day long to play with him and didn't do nothing to him."

Dodge said that when the police arrived after the attack, he asked them to put the dog down.

"I was like, 'Kill this dog, just shoot it down or I will. And he did. He shot it in the backyard," he said.