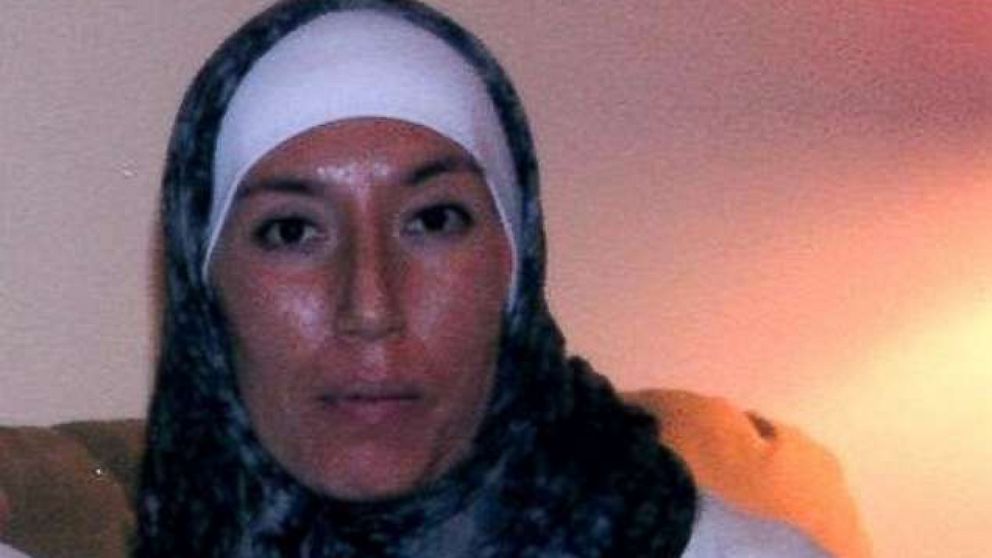 The Justice Department announced on Wednesday that it has charged a former U.S. Air Force counterintelligence specialist with spying for Iran and helping that country target her former American colleagues.

Monica Witt, 39, who was also a Defense Department contractor after leaving the U.S. government in 2008, sought to "undermine the U.S. and help the government of Iran," U.S. Attorney for the District of Columbia Jessie Liu said on a call with reporters. Witt had been given high-level security clearances and had been deployed to the Middle East, prosecutors said.

"Monica Witt is charged with revealing to the Iranian regime a highly classified intelligence program and the identity of a U.S. Intelligence Officer, all in violation of the law, her solemn oath to protect and defend our country, and the bounds of human decency," Assistant Attorney General John Demers said in a news release.

After interactions with an unidentified U.S.-Iranian citizen, prosecutors said, she re-entered Iran in August 2013, and the Tehran government provided her with a computer and housing. It was after that, they said, that she began to disclose classified information to the Iranian government official.

"As part of her work on behalf of the Iranian government, she conducted research about [U.S. intelligence community] personnel that she had known and worked with, and used that information to draft "target packages" against these U.S. agents," a DOJ release said.

She is "alleged to have disclosed the code name and classified mission of a U.S. Department of Defense Special Access Program," the DOJ said.

Since 2012, she appeared in anti-American propaganda videos in Iran and texted the unidentified U.S.-Iranian citizen who had applauded her training, saying, "Well I loved the work, and I am endeavoring to put the training I received to good use instead of evil," according to the indictment.

She later texted that same unidentified citizen, "If all else fails, I just may go public with a program and do like Snowden."

Witt, who defected to Iran in 2013, is currently still living in Iran and her motivation, according to the FBI, was primarily ideological.

"In other words, she decided to turn against the United States and shift her loyalties to the government of Iran," the FBI said.

DOJ also said it has indicted four Iranian nationals for cyber crimes. Prosecutors allege that the four charged Iranian nationals "Planted spyware and malware on current and former U.S. personnel." Witt, according to federal prosecutors, targeted her former colleagues through the Iranians.

"Four Iranian cyber hackers are also charged with various computer crimes targeting members of the U.S. intelligence community who were Ms. Witt's former colleagues. This case underscores the dangers to our intelligence professionals and the lengths our adversaries will go to identify them, expose them, target them, and, in a few rare cases, ultimately turn them against the nation they swore to protect. When our intelligence professionals are targeted or betrayed, the National Security Division will relentlessly pursue justice against the wrong-doers," prosecutors said in a statement.

"Treasury is taking action against malicious Iranian cyber actors and covert operations that have targeted Americans at home and overseas as part of our ongoing efforts to counter the Iranian regime's cyber attacks," said Treasury Secretary Steven Mnuchin.