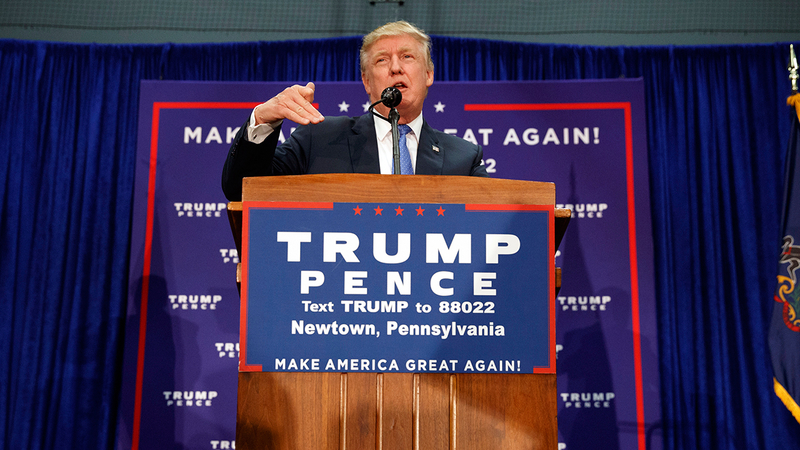 NEWTOWN, Pa. (WPVI) -- It was a standing-room only crowd at the Newtown Athletic Club Sports Training Center in Bucks County. Donald Trump did not disappoint his supporters, throwing out a lot of red meat issues like trade and jobs:

"We're going to renegotiate NAFTA, stop the TPP, which is a disaster," said Trump.

"We are going to have the biggest tax cut since Ronald Reagan. Hillary Clinton is going to raise your taxes a lot," said Trump.

"I am going to keep radical Islamic terrorism the hell out of our country," said Trump.

And, of course, he took a shot at his Democratic rival, Hillary Clinton.

"She's the most corrupt person ever to run for the presidency of the United States," said Trump.

On those issues, he scored a lot of points with the crowd.

"Hillary with all her email scandals and all the other scandals, no you can't vote for Hillary, you can't," said Doug Walker of Columbus, New Jersey.

"I think in the end, the biggest thing for people like us is that he's not gonna raise taxes, I think that's a big one," said Jaqueline Schiller of Newtown.

"I would say most about the immigration and building the wall and keeping the illegals out of the country, and then our jobs also," said James Jones of Levittown, Pennsylvania.