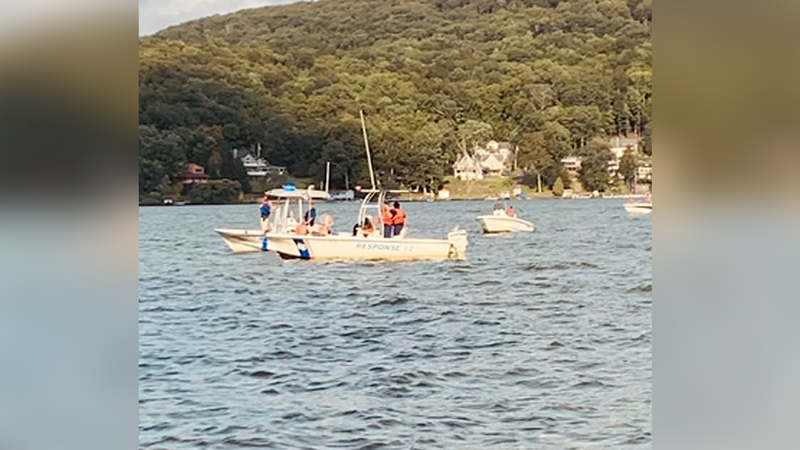 WEST MILFORD, New Jersey -- Emergency crews have recovered the body of a New York rabbi who drowned after jumping into a lake to rescue two of his children.

Greenwood Lake police say 38-year-old David Traub rented a pontoon boat Sunday from a marina in New Jersey. His family then traveled out on the lake, which stretches about seven miles between West Milford, New Jersey, and Orange County in New York.

Two of Traub's children went swimming around 5:20 p.m. but eventually struggled to get back in the boat, so Traub entered the water to help them. Traub got the children safely back into the boat, but he then disappeared underwater.