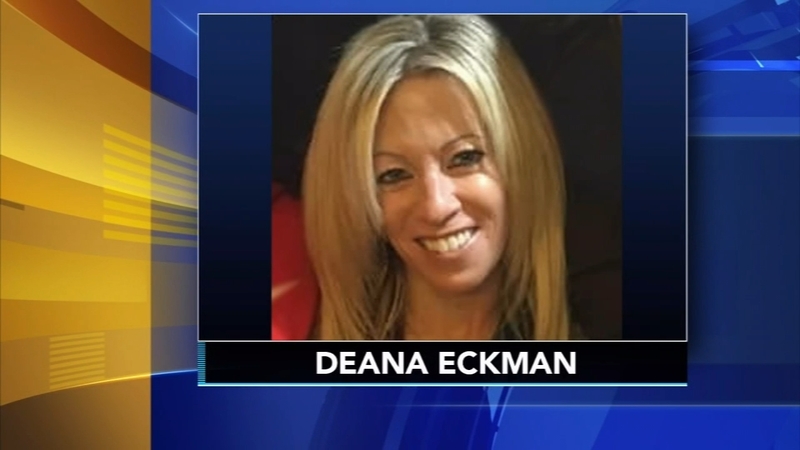 UPPER CHICHESTER, Pa. (WPVI) -- Roseann Derosa lost her daughter in February 2019 to an alleged drunk driver. Now she's trying to get stricter laws in place for repeat DUI offenders, so that no one else has to die the way her daughter did.

45-year-old daughter Deana Eckman was killed last February along Market Street in Upper Chichester, when police said a car driven by 31-year-old David Strowhouer crossed into oncoming traffic and slammed into her car.

Investigators said Strowhouer, who had five previous DUI convictions at the time, was drunk and driving on a suspended license.

"There's no law that will bring Deana back. But if we can prevent this happening to another family, if we can save one life, it will be worth it," said Derosa.

Monday's meeting at Neumann University was a public forum with lawmakers to discuss preventative measures to deal with repeat DUI offenders before another life is taken.

"I think as part of this legislation we should make a third, fourth, fifth DUI offenders considered a violent offender, because they have a high propensity of taking a life when they get back behind the wheel," said Senator Thomas Killion.

One solution offered was for DUI offenders to wear a scram bracelet when out on parole. It's already being used in York and Lancaster counties. It would alert your parole officer if you consume alcohol.

Another solution is treatment while offenders are on parole.

"Repeat DUI offenders who are coming in and out of prison cycling in and cycling out and recommitting and what penalties need to be strengthened," said Katayoun Copeland, Delaware County district attorney.

On Monday, lawmakers got the initial input they needed from the public to start drafting the legislation.