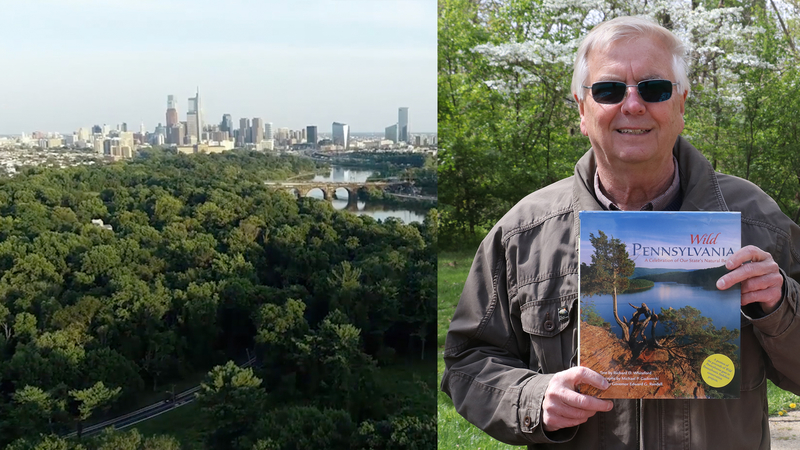 PHILADELPHIA, Pa. (WPVI) -- "I have always been fascinated with nature and wildlife," said Richard Whiteford. "I've just decided that I needed to devote my life to trying to save what's left on this planet."

Whiteford, a West Chester resident, has been studying the environment for 40 years. Today, he sat down with Action News to share his scientific prediction about climate change in the Greater Philadelphia Area.

"The two major ways is extreme heat and the other is extreme rainfall," he said about unaddressed climate change. "The challenge is to stop putting CO2 in the atmosphere."

According to the National Centers for Environmental Information and Climate.gov, carbon dioxide levels have reached a higher level than any recorded time in the last 800,000 years. Whiteford says emissions from coal-fired power plants and gas-guzzling vehicles are man-made contributions to climate change.

"The more CO2 we put in the atmosphere, the hotter the atmosphere gets and when it heats up, it absorbs water from the planet," he said. "It brings that water back down into much larger storms."

These storms cause massive amounts of property damage and destroy habitats for wildlife species.

"Even something as small as a bog turtle, every species that we blink out here or there, or wherever is like snipping section out of the whole balance of that planet," said Whiteford.

Sometimes, human intervention can solve issues caused by human action. For example, the Bald Eagle was once considered endangered but has since been delisted by subtracting an insecticide from its environment.

Whiteford examined many of the state's natural elements when writing his published book, "Wild Pennsylvania." As an independent journalist, he has also written hundreds of articles and fought for his beliefs within the U.S. government. For example, he is engaged in an ongoing effort to quash legislation in Harrisburg that he finds to be antithetical to environmental advocacy.

He currently serves as a Climate Reality Leader for the Climate Reality Project, a worldwide initiative started by Al Gore. Over the next few weeks, Whiteford will join a team of educators in teaching more than 4,700 individuals about the science behind their cause.

Despite his alarming observations about the environment, Whiteford says there is still hope.

'We are not doomed yet," he said. "But the thing we want to do is de-Doom it as much as we can before it gets here."

Whiteford encourages everyone to examine their own personal habits and make adjustments to ensure a bright future. He is particularly hopeful after the recent news that 300 businesses and investors are asking President Biden to reduce carbon emissions.

"You cannot give up," he said. "We belong here, we evolved here. Instead of trashing it, we ought to become way more conscious about what we're doing to the planet."

To learn more about the Climate Reality Project, visit their website.

They're creepy-crawly and they're coming! Insects are the latest buzz, especially thanks to an upcoming emergence of cicadas in the eastern United States.