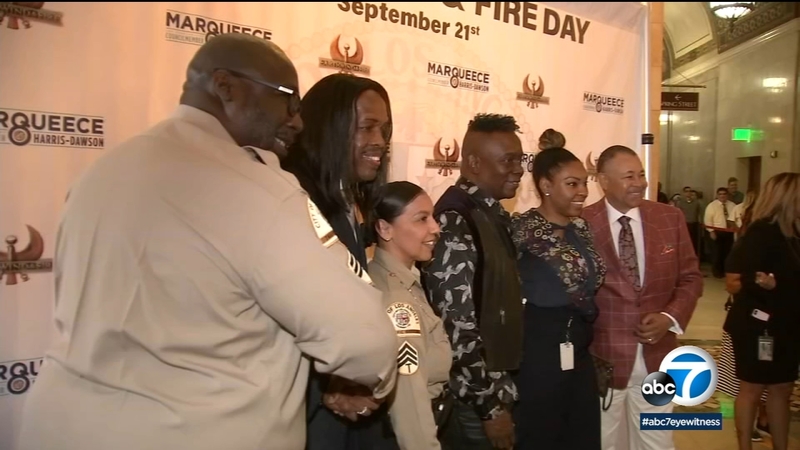 "They made Los Angeles their home, and so we decided in the city of L.A., Sept. 21 will be 'Earth, Wind & Fire Day,'" said Councilman Marqueece Harris-Dawson.

Of course, "September" is known for the lyric: "Do you remember the 21st night of September?"

Three members of the band took part in the ceremonies last week: Ralph Johnson, Philip Bailey and Verdine White. The council presented the three with certificates and staged a meet and greet with them for fans.

"I'm from Los Angeles, born and raised," said Johnson. "I'm a product of the L.A. United School District. This is a very special moment for me."

"We're very blessed and thankful that the music has withstood the test of time," Bailey said.

White, who was 74, suffered from Parkinson's Disease and had retreated from the public even as the band he founded kept performing.

Earth, Wind & Fire, a nine-piece band centered featuring the two White brothers, Bailey and the distinctive horn section, were inducted into the Rock and Roll Hall of Fame in 2000.