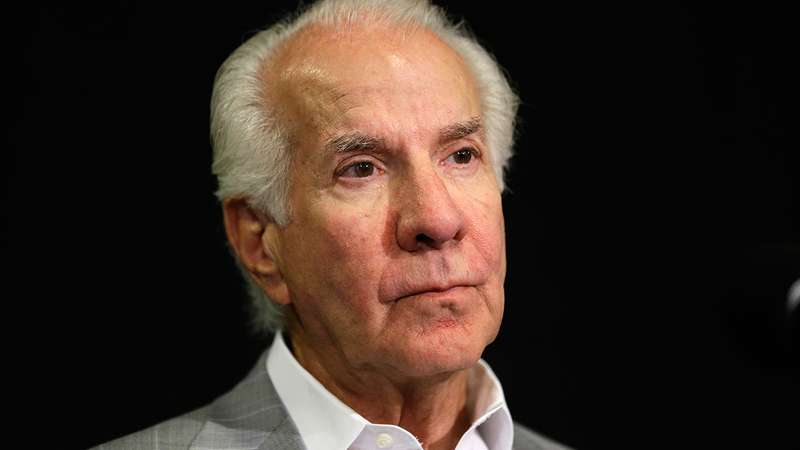 PHILADELPHIA (WPVI) -- Ed Snider, the Philadelphia Flyers founder whose "Broad Street Bullies" became the first expansion team to win the Stanley Cup, has died after a two-year battle with cancer. He was 83. 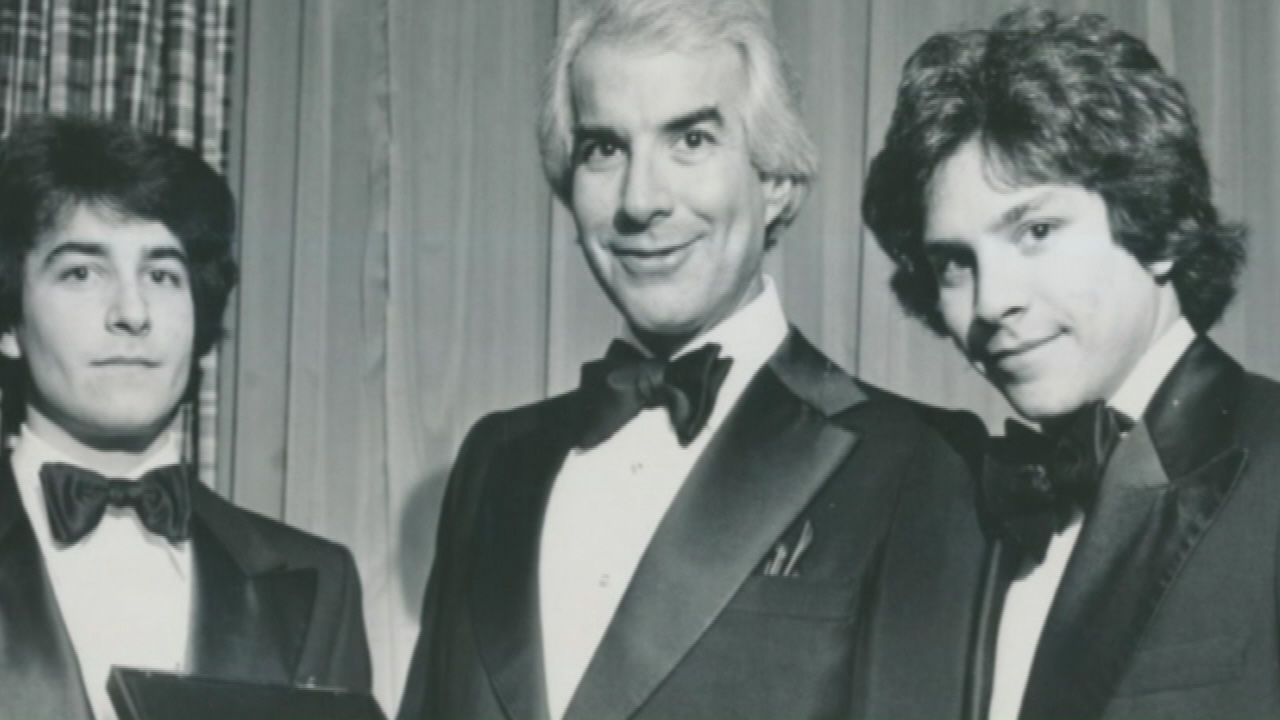 "Our Dad was loved and admired for his big heart, generosity of spirit, and dedication to his family. Despite his considerable business achievements and public profile, he was first and foremost a family man," the Snider family said in a statement. "Unrivaled, however, was his love for the Philadelphia Flyers Hockey Club, the team he created 50 years ago and to which he remained fiercely devoted through his final days."

With Snider ailing, the Flyers clinched a playoff spot on Saturday and dedicated the playoff push to him.

Snider watched Lauren Hart sing "God Bless America" on FaceTime as the team's longtime anthem singer held out her phone during her performance. She blew kisses after the song. 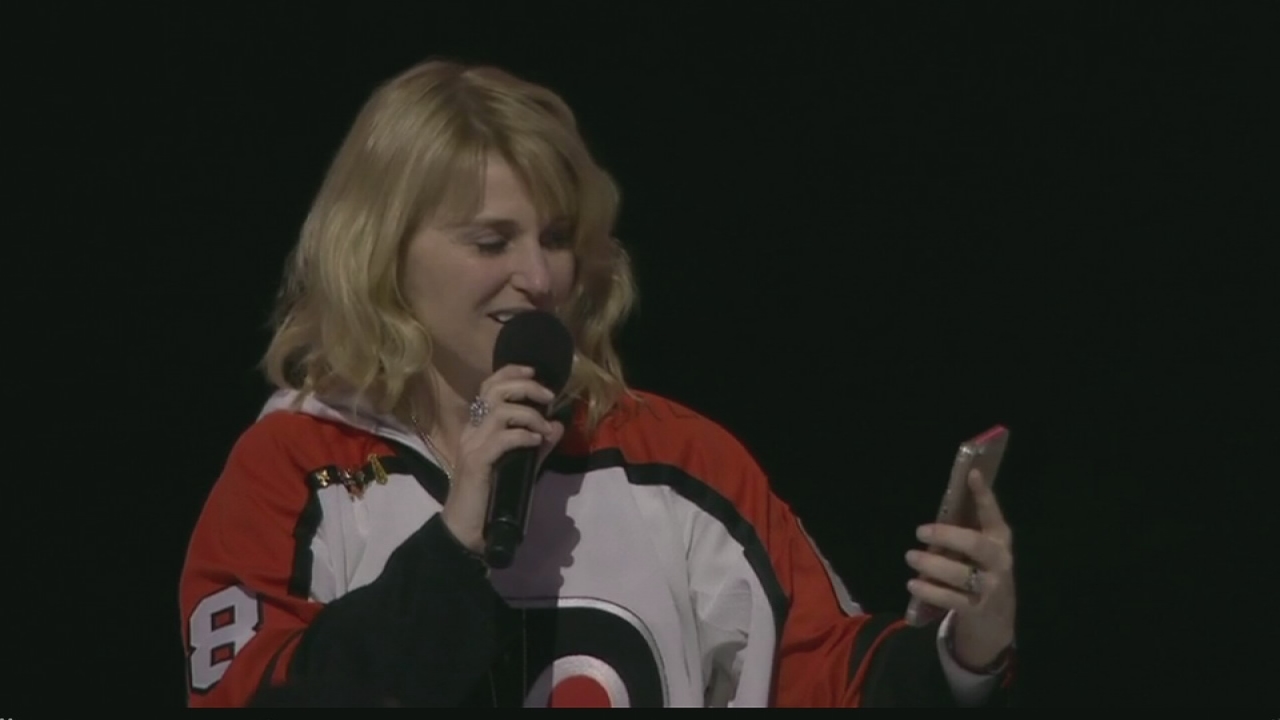 "You get a little emotional when you start to think about it," Flyers captain Claude Giroux said. "We know he's happy we made the playoffs."

Snider was arguably the most influential executive in Philadelphia sports. He was chairman of the 76ers, was once a part-owner of the Eagles and had a hand in founding both Comcast's local sports channel and the city's largest sport-talk radio station.

Snider, chairman of the Flyers' parent company, Comcast-Spectacor, was elected to the Hockey Hall of Fame in 1988. 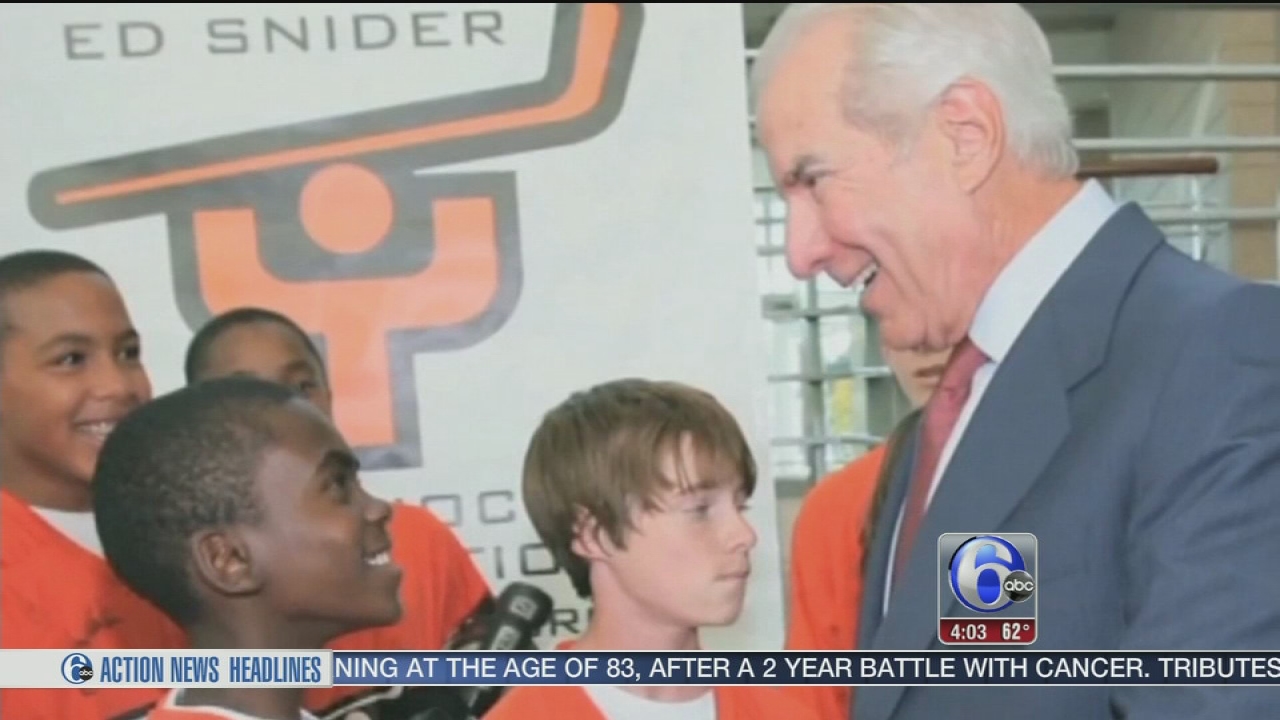 VIDEO: The legacy of Ed Snider
Philadelphia Flyers owner and founder Ed Snider has died after 2-year-long battle with cancer. He was 83.

"Ed Snider was the soul and the spirit of the Flyers, who have reflected his competitiveness, his passion for hockey and his love for the fans from the moment he brought NHL hockey to Philadelphia in 1967," NHL Commissioner Gary Bettman said.

Snider, who built his fortune with a record company, arrived in Philadelphia in 1964 as a part owner of the Philadelphia Eagles. He bought the team with builder Jerry Wolman and Earl Foreman, an attorney who married Snider's sister. Snider served as the team's treasurer. 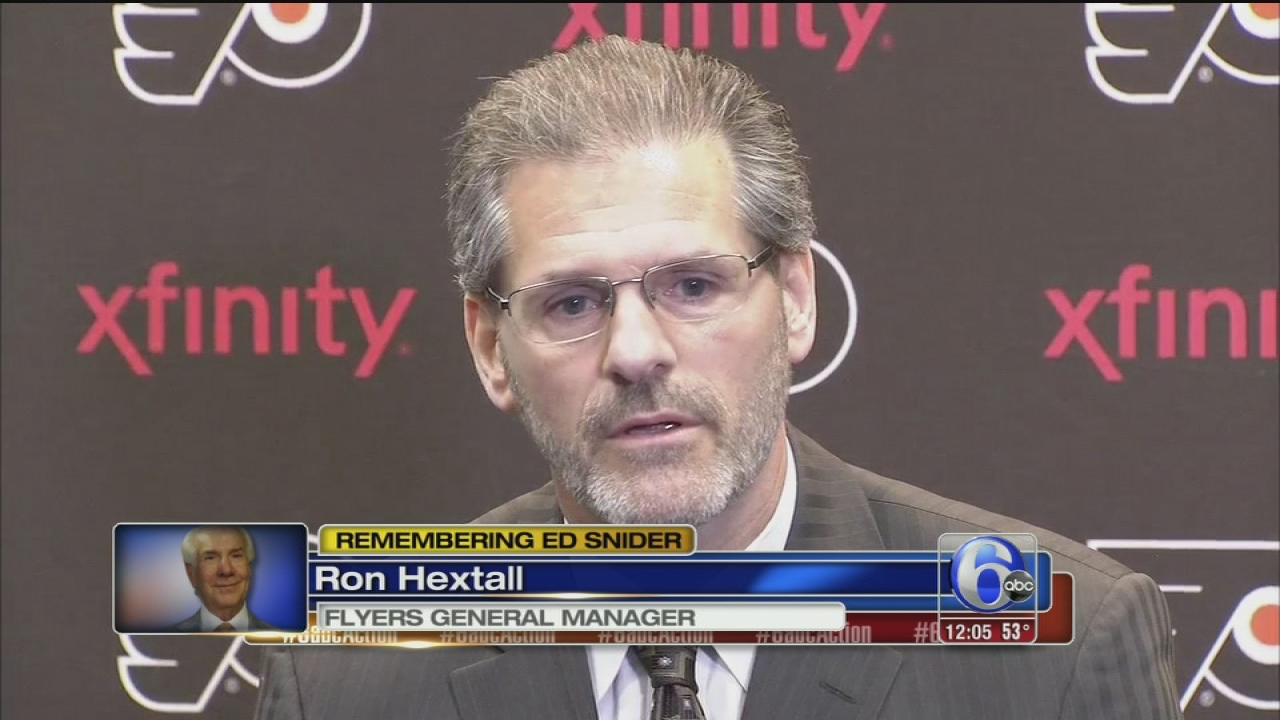 Upon hearing that the National Hockey League was going to expand from its original six teams to 12, Snider petitioned the league and was awarded an expansion club in 1966. The Flyers played their first game in October 1967, a 1-0 victory over the Pittsburgh Penguins in front of 7,800 people.

Snider was confident hockey would be a hit in blue-collar Philadelphia.

"I just had the belief that if you're a regular guy and know what regular guys like, you can't be wrong," Snider said.

Together with Comcast Spectacor, we mourn the loss of Chairman and Founder Ed Snider → https://t.co/V5X6QibEO4 pic.twitter.com/vr5bVd7PEa

The Flyers won the West Division in their first season. The next year, they were dominated by the St. Louis Blues and swept out of the playoffs in the first round. Snider then directed his general manager to acquire bigger, tougher players.

"When the officials made a bad call in my mind, everybody would look back and I'd be standing up screaming, so they'd all be standing up and screaming," Snider said. "I had a great connection with the fans and I miss that tremendously."

With great sadness, we mourn the loss of our Chairman and Founder, Ed Snider. https://t.co/juLnYCqk9T

Spectacor went on to establish or buy other business, including Philadelphia-area cable channel Prism and WIP-AM. Snider's company picked up the radio station around the time it transitioned to an all-sports format - one of the first in the nation to do so.

He also developed the Wachovia Center, which opened as the new home of the Flyers and Sixers in 1996. That same year, Snider merged Spectacor with Comcast Corp., bringing together the Flyers, Sixers, Philadelphia Phantoms of the American Hockey League, the Wachovia Center and Spectrum.

The company joined with the Philadelphia Phillies to form the regional sports channel Comcast SportsNet, and now runs arenas and stadiums around the country.

Under Snider, the Sixers drafted Allen Iverson and the team reached the NBA Finals in 2001. Comcast-Spectacor sold the team in 2011.

"I've adopted the Sixers and I love the Sixers. I really do," Snider said when he owned the Sixers. "But in hockey, I started from scratch. We named it, we created it. It didn't exist. Now it's a worldwide emblem recognized everywhere. It's my baby. It doesn't mean it's my favorite. It means it's my baby. I enjoy both of them."

Born in Washington, D.C., Snider grew up working with his father in the family's grocery store business. A graduate of the University of Maryland, Snider became a partner in the record company Edge Ltd. before joining the group who bought the Philadelphia Eagles. He sold his stake in the team in 1967.

Snider's deepest pride came from the Ed Snider Youth Hockey Foundation he started in 2005. The foundation promotes life skills and hockey through after-school, recreational, and supplemental educational activities for children and families in Philadelphia. Snider hockey programs are provided at no cost and are focused on underserved boys and girls who otherwise would not have the opportunity to play.

"I really want it to be my legacy," he said.

He is survived by his wife Lin and daughters Lindy, Tina and Sarena, sons Craig, Jay and Samuel, and several grandchildren. He was married three other times.

Here is the full statement from Snider's children as posted on the Flyers' website:

We are deeply saddened to announce that our father, Ed Snider has died after a two year battle with cancer. He was 83.

Our Dad was loved and admired for his big heart, generosity of spirit, and dedication to his family. Despite his considerable business achievements and public profile, he was first and foremost a family man. He never missed a birthday, important family event or the opportunity to offer encouragement. We turned first to him for advice in our personal and professional lives. We grew up tagging behind him in arenas, stadiums and locker rooms; and his players, management and team personnel were our extended family. He treated his employees with respect regardless of rank or position, and the man they called "Mr. Snider" always would have preferred simply to be called "Ed."

From him we learned the importance of helping others and the value of supporting our community and beyond. He was a man with deep convictions and never hesitated to promote causes in which he believed. His children and grandchildren will continue his philanthropic mission for years to come through the work of the Ed Snider Youth Hockey Foundation (Snider Hockey) and the Snider Foundation. Revered in his adopted city of Philadelphia, we too were captive in the orbit of his brilliant light and magnetic personality.

During his lifetime, he cultivated a cherished circle of friends whom he loved dearly--and who loved him back--whether in Washington, DC, Monmouth, Maine, Philadelphia or Montecito,
California. Unrivaled, however, was his love for the Philadelphia Flyers Hockey Club, the team he created 50 years ago and to which he remained fiercely devoted through his final days. With every game during the push to make the playoffs this spring we hoped he would survive to see the Flyers win just one more game. He gave the last ounce of his indomitable energy and strength to live through this hockey season, but now the Flyers must win without him.

He fought his last years, months and days with courage and grace and recounted his love for many including his Flyers family and fans. We are grateful for the outpouring of love and support from the community, his friends and all those who were fortunate to have been touched by him in some way, large or small.