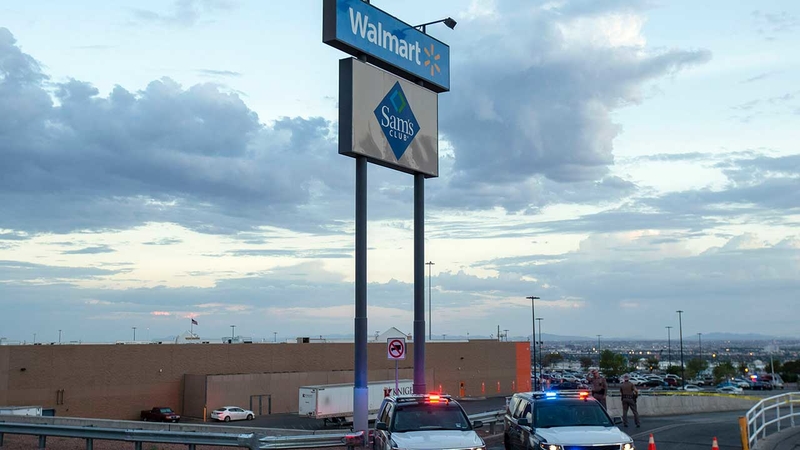 EL PASO, Texas -- An attorney for the family of the man accused of killing 22 people in a shooting in El Paso this weekend said Wednesday that the suspect's mother contacted police weeks before the rampage out of concern that her son had a rifle.

Dallas attorney Chris Ayres confirmed to The Associated Press that the call was made to police in Allen, a Dallas suburb. He declined to give details, but he and fellow attorney R. Jack Ayres told CNN that the suspect's mother contacted the Allen Police Department to ask about an "AK" type firearm that the suspect owned.

The attorneys said the mother was only seeking information and wasn't motivated by a concern that her son was a threat to anybody. They also said the mother didn't identify herself or her son in the call.

Sgt. Jon Felty, Allen police spokesman, said there was no record of such a call and he wasn't aware of it.

Gov. Greg Abbott said Wednesday he's not aware of any "red flags" in the suspected El Paso gunman's past and made no mention of taking major gun-control measures in Texas, where three mass shootings since 2017 have killed more than 50 people.

Abbott, a Republican, said racism needs to be confronted and a crackdown initiated on internet sites used by violent extremists after the attack in the mostly Latino border city.

"The people of Texas have been victimized by several mass shootings. It must be stopped," said Abbott, who met with legislators Wednesday in El Paso and said the state will act swiftly to address his calls for action.

The lawmakers in the meeting with him, all Democrats from El Paso, have unsuccessfully pushed for tighter firearms restrictions in the state Legislature. They gathered for a discussion hours before Abbott welcomed President Donald Trump to El Paso amid protests blaming Trump for inflaming racial and political tensions.

Last year, 10 people were killed in a shooting at Santa Fe High School near Houston. And in 2017, a shooting at a church in rural Sutherland Springs left more than two dozen worshippers dead.

Crusius has been charged with capital murder in state court, and may face federal hate-crime charges that could also come with a death sentence if he's convicted. Mark Stevens, Crosius' court-appointed attorney, said he "will use every legal tool available to me to prevent" Crusius from being put to death.

Stevens, a veteran criminal defense attorney from San Antonio, said he will only represent Crusius in state court and declined to comment further on the case. A judge appointed him Monday.

Ohio Gov. Mike Dewine, a Republican, bucked his party Tuesday in response to the Dayton attack and called for expanded gun laws that include background checks for nearly all gun sales and allowing courts to restrict firearms access for people perceived as threats.

But Abbott did not give specifics about what changes he'll push for following Texas' latest mass shooting. He said firearms must be kept away from "deranged killers" but added that "constitutional rights are not going to be violated."

Following the Santa Fe High School shooting, Abbott signaled support for so-called red flag laws, which restrict gun access for people deemed dangerous to themselves or others. But he retreated amid pushback from gun-rights supporters in Texas, which has more than 1.3 million handgun license holders and allows handguns and rifles like the one used Saturday in the El Paso shooting to be openly carried in public.

"According to the information I have to date, there were no red flags about this particular shooter," Abbott said of the El Paso suspect. "We want to identify ways that we would be able to root out this shooter. Could be from hate-online sites or otherwise. But we're going to be looking into everything."

Abbott said the state was immediately providing El Paso with $5 million for mental health and grief services. He said he will also hold roundtables around Texas later this month to discuss measures in response to the attack, similar to what his office did after the high school shooting.

The ABC Owned Television Stations contributed to this report.

'I feel like they were a part of me': Army soldier saved children during El Paso shooting