The crowning neighborhood will be announced on March 2.
WPVI
By Alicia Vitarelli and 6abc Digital Staff 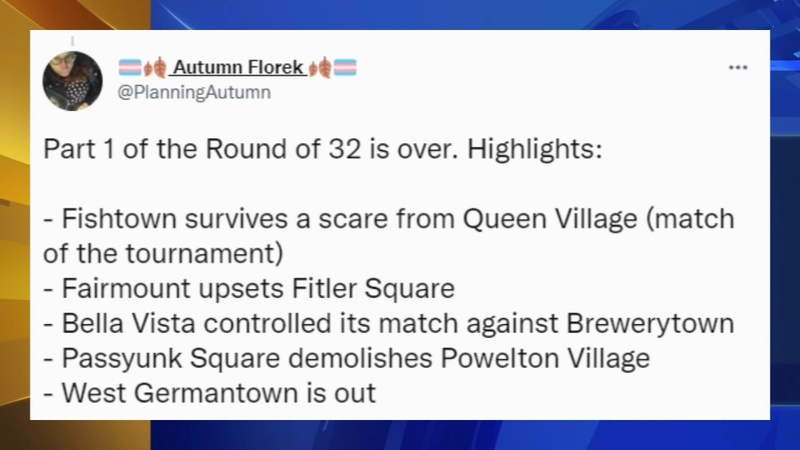 PHILADELPHIA (WPVI) -- There's only one debate that gets Philadelphians more fired up than crowning a "best cheesesteak."

And that's asking locals to name the best neighborhood.

An urban planner is not only going there, but she has the brackets to back it up.

"People are getting feisty and kind of like tribal," Florek says. "There is definitely some trash talk."

Florek did the seeding according to WalkScore, which ranks neighborhoods based on walkability.

They did a similar bracket in New York City, where there were also a lot of emotions and upsets.

"Queen Village and Fishtown have been the match of the tournament so far," Florek said. " It got within 1%. It was close."

The matches hit Autumn's Twitter every night at 5 p.m.

The crowning neighborhood will be announced on March 2.

The winner gets bragging rights.