OTRC
By Andrea Lans
The "Avengers" are assembling to honor a 6-year-old superhero who saved his little sister from a dog attack.

Robert Downey Jr. is the latest celebrity to send well wishes to Bridger Walker, a boy who jumped into action when a dog charged toward his 4-year-old sister. The dog latched on to his cheek while he shielded his sister, and Bridger is still recovering after receiving 90 stitches.

Nicole Walker, Bridger's aunt, posted about the incident on Instagram, and his story soon went viral, garnering attention from celebrities around the world, including that Chris Evans.

"Captain America" is sending a special message and gift to a six-year-old boy who saved his younger sister from a dog attack.

"Avengers" costar Downey Jr. must have noticed and sent Bridger a video message of his own.

"Bridger, you're a rock star," Downey Jr. said in a video Nicole posted to Instagram. "I play Tony, it makes me an old friend of Cap's."

"Iron Man" then offered to give the boy something better than a shield.

"You call me on your next birthday. I got something special for you. By the way, that's a promise. Promise beats a shield," Downey Jr. said.

Actress Anne Hathaway helped spread the word about Bridger's story and said, "I'm not an Avenger, but I know a superhero when I see one. I can only hope I'm half as brave in my life as you are in yours, Bridger. Wishing you an easeful recovery, and many cool looking rocks."

While many have inquired about a GoFundMe to support Bridger's recovery, the family has asked people to redirect their financial efforts to Bridger's favorite organizations: Mission 22, Operation Underground Railroad and The Wounded Warrior Project. However, Bridger, a geology-fanatic, will gladly accept pictures or gifts of "cool rocks," according to his aunt. 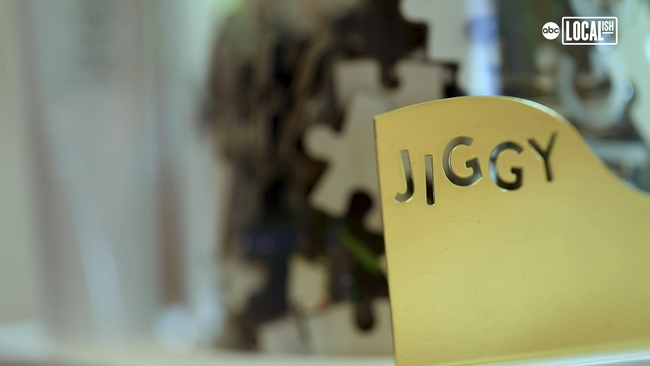 Dad of 7 dying of COVID says goodbye in emotional video