Family seeks justice after crash victim gunned down in Camden 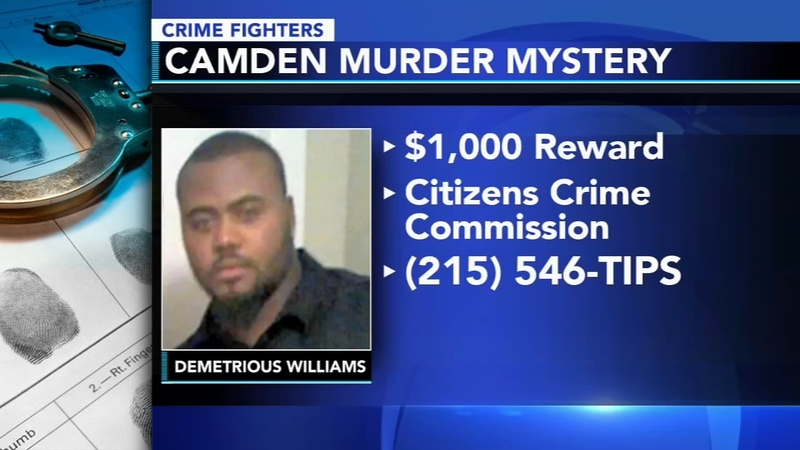 Man recovering from car accident gunned down in Camden

CAMDEN (WPVI) -- It's been nearly four years since a man recovering from a car accident was gunned down in Camden. Now his family wants the public's help getting him justice.

"His smile was infectious; he'd make anybody laugh," Thomas said.

Thomas says, at the time of his death, the 28-year-old was living with her.

"He had just had a car accident. He moved in with me. I was taking care of my brother," Thomas said.

She says on December 18, 2014, Thomas had asked Williams to start dinner.

"I asked him to take some ribs out and put them in some water and boil them, he did that for me and then he left," Thomas said.

At about 6:45 p.m. Williams was found shot near South 8th and Thurman streets in Camden.
"I get to Cooper [University Hospital]. Five times in the head - who could do that to somebody?" Thomas said.

Thomas says she was concerned about the people Williams called his friends.

"He was too friendly and I told him that the night before I don't like your friends, I don't like your choice of friends, get rid of them because I feared this," Thomas said. "I'll never have peace as long as they are on the street."

The Citizens Crime Commission is administering a $1,000 reward for information that leads to the arrest and conviction of the person responsible.

Anyone with information should call 215-546-TIPS. All calls will remain anonymous.