Mother reunites with daughter she thought had died 69 years earlier 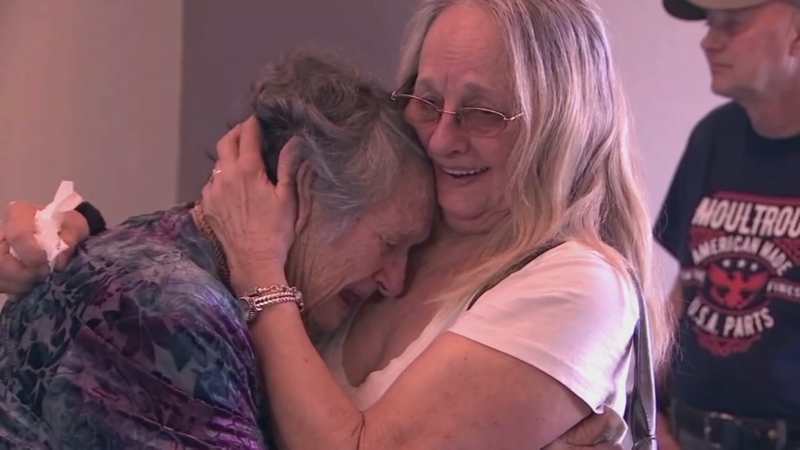 Mother reunites with daughter she thought had died 69 years earlier

The tears flowed in Florida when an 88-year-old mother reunited with the daughter she thought had died 69 years earlier.

Genevieve Purinton was 18 when she gave birth to Connie Moultroup in Indiana.

She asked to see the baby, but was told the newborn had died.

Purinton did not argue or ask for a death certificate, blaming her youth for the mistake.

But the truth was Moultroup had been covertly adopted by a family in Southern California.

Last Christmas, Connie received an Ancestry DNA kit, which helped her track down a cousin, and then her biological mother.

"In a lifetime of wanting this. I remember being five-years-old and wishing I could find my mother," Moultroup says.

But, with the discovery of a daughter, Purinton also learned that she has a granddaughter and two great-grandchildren.

Moultroup also learned that she has two half-sisters from her biological father, whom she plans to meet.