13 children of firefighters killed on 9/11 graduate from FDNY 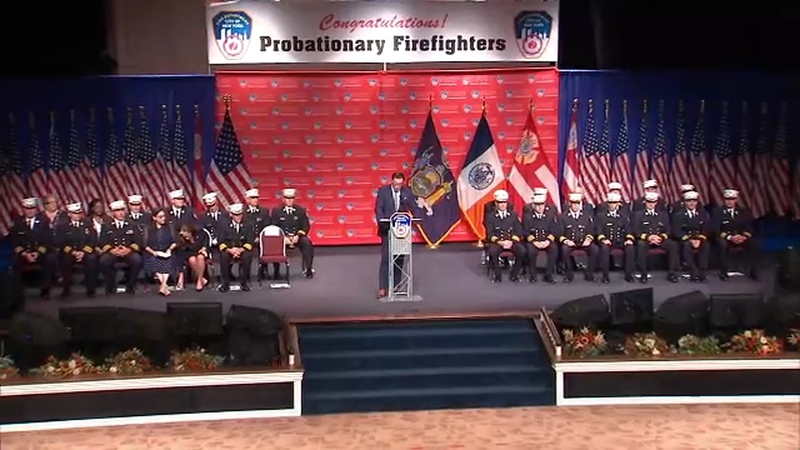 13 children of firefighters killed on 9/11 graduate from FDNY

NEW YORK -- It was an emotional and exciting graduation day for the FDNY -- full of young firefighters carrying on their family legacy and following in their fathers' footsteps.

The graduates include 21 children who followed in their fathers' footsteps, making it the largest class of so-called legacies in FDNY history.

Of those, 13 are children of firefighters who died at the World Trade Center on September 11, 2001.

The fathers of another six children died of 9/11-related illnesses.

Two other graduates are the children of firefighters who died in the line of duty in incidents not related to the terror attacks.

Firefighter Kenneth Kumpel was with Ladder Company 25 when he died on 9/11. His son, Greg Kumpel, was only 10 at the time and remembers his father's funeral.

"It was lined with thousands of members, we witnessed the cohesion, brother-ship of the FDNY at a pretty early age," Kumpel said of the brotherhood that called him.

"I took the FDNY test the same month he passed away from 9/11-related cancer," Tilearcio said.

He knows his father, who died of brain cancer, would be so proud today.

"This group is historic in another way as well, there are 16 female probationary firefighters in this class," Nigro said. "That's the second-largest group of female firefighters to ever graduate in the fire academy in a single class."