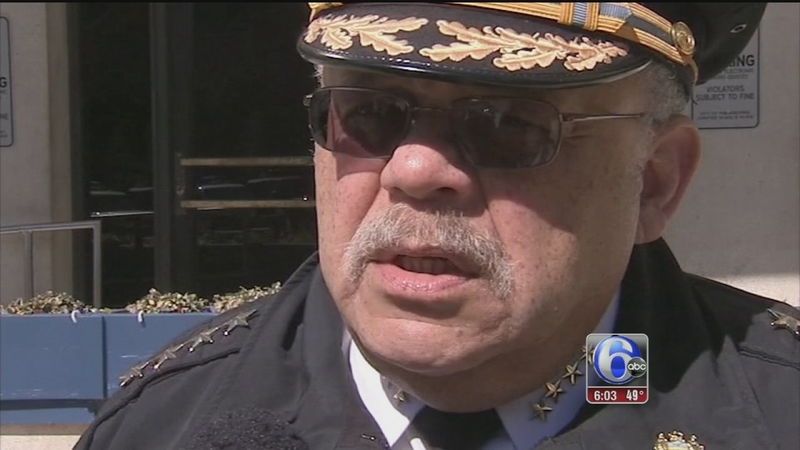 PHILADELPHIA (WPVI) -- Philadelphia Police Commissioner Charles Ramsey condemns the shooting of two police officers in Ferguson, Missouri. He tells Action News he hasn't had much time to think about what's happened there, because he's been too busy getting ready to bury one of his own.

He's the eighth officer killed in the line of duty since Commissioner Charles Ramsey became Philadelphia's top cop seven years ago, and underscores the violence facing police here, in Ferguson, and across the country.

Commissioner Charles Ramsey says, "I think we need to have thoughtful people talking issues that are legitimate issues that need to be addressed."

Newly elected head of Philadelphia's chapter of the NAACP, Minister Rodney Muhammad, says that toxic environment has been years in the making.

He says alleged racial targeting by Ferguson police and a lack of mutual respect are partly to blame.

Muhammad says, "They leave out for work every day, not like the rest of us. There really is a chance that they won't return home. And when an officer loses their life, it reminds me that their life is on the line."

A report is expected in the spring.

U.S. Attorney General Eric Holder has been critical of Ferguson police, but did not bring charges. But he called Wednesday's shooting "repugnant" and "a hindrance to the progress of peaceful protest."

"This disgusting and cowardly attack might have been intended to unravel any sense of progress that exists, but I hope that does not in fact happen," Holder said.