Final Four 2022: Excitement building as Villanova gets ready to take on Kansas

The big game is set for Saturday at 6:09 p.m.
WPVI
By Sharrie Williams and 6abc Digital Staff 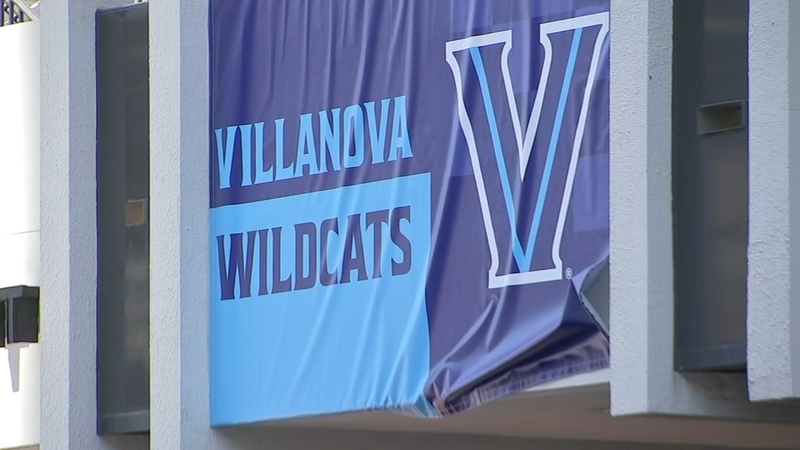 Excitement building as 'Nova gets ready for Final Four showdown

NEW ORLEANS (WPVI) -- We are counting down to the Final Four showdown in the Big Easy.

The Villanova Wildcats are getting ready to take on No. 1 seed Kansas this weekend.

Action News' Sharrie Williams and Ducis Rodgers traveled to New Orleans and the city is already buzzing with excitement.

'Nova nation is a dedicated fan base that has proven it will travel to support its team. This trip to the Final Four is no different.

His resume is quite impressive and another Final Four run could cement his spot at the top.

"They are a blueblood program. This is where they set out to get to and this is where they get to because they have an extraordinary president, athletic director and a great coach," said Martelli.

Both Magee and Martelli say they're pulling for Jay Wright and the Wildcats.

Action News also caught up with former Eagles Super Bowl champion Malcolm Jenkins who lives in Philadelphia and New Orleans. He invited us over as he is fresh off announcing his retirement from the Saints.

Jenkins has competed on the highest levels of the NFL, and he too was taking note of Jay Wright and the success of the Wildcats making yet another appearance at the Final Four.

"It starts with Jay Wright and just building a culture. And he's somebody that I've heard speak in Eagles locker rooms. They brought him in to talk about his mentality and his approach as they were winning their championships a few years ago. And I knew then that he had what it takes to have longevity and success over a long period of time," said Jenkins.