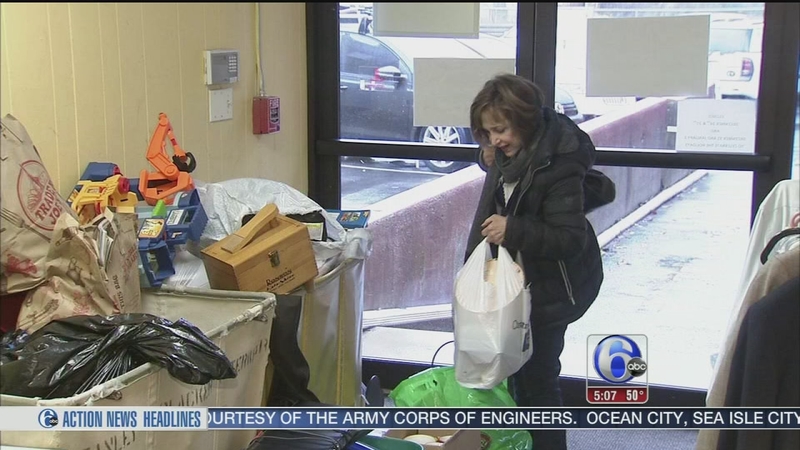 ARDMORE, Pa. (WPVI) -- At the Junior League Thrift Shop in Ardmore, where proceeds go toward community projects in the greater Philadelphia area, donations are accepted all year long, but officials say they see a surge at year's end.

"There's a huge uptick at the end of the year," said Patty Franks, manager.

Franks tells Action News there are several reasons for that uptick. Clearing closets is one of them.

"I'm a teacher and I'm on vacation so I did a little basement cleanout," said Jen Shandelman of Wynnewood.

Another reason is the tax deduction.

"People do want to get this card, which is gold," said Franks.

That card is the charity's receipt. Scott Isdaner of certified public accounting firm Isdaner and Company LLC in Bala Cynwyd says always make sure you get one.

This time of year, Isdaner says he often talks to clients about charitable giving opportunities.

"There's always things at year-end that can be done to help to manage your tax burden," said Isdaner.

Make sure the charity qualifies for tax-exempt deductions. Donations are tax deductible in the year they are made so checks have to be mailed this year and cards must be charged.

"Using credit cards, which is a very potent way to give contributions because you can deduct it by charging it now and you don't have to pay for that contribution until early next year," said Isdaner.

As for household goods and clothing, Isdaner advises making an itemized list. And they should be in decent shape.

"The tax law requires that items of clothing have to be in good condition- they can't be torn, frayed," said Isdaner.

Charitable giving does have its tax benefits, but that's not the sole reason many do it.

"There's so many different ways to be able to sell items so if I really wanted cash or money I think I would sell them," said Alison Yez of Havertown. "But I just do like to donate, especially this time of year."