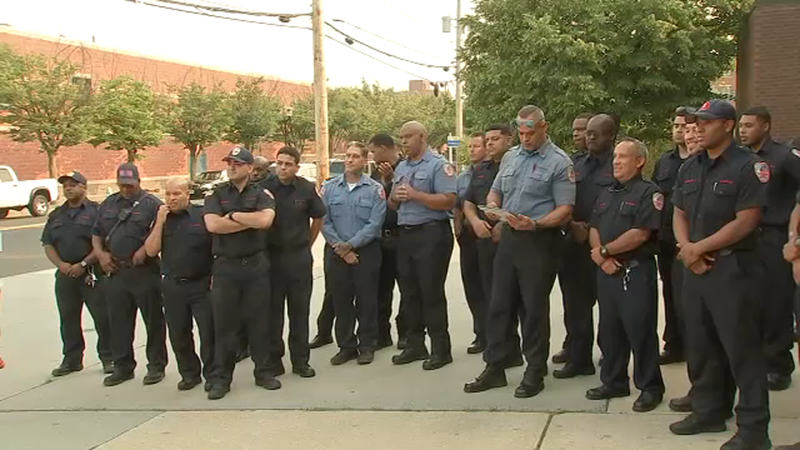 More than 30 firefighters and two battalion chiefs with the Camden Fire Department received two unit citation awards for their valiant work in responding to two incidents.

One award was presented for the work crews did to gain control of a massive blaze, which started just after midnight at an apartment complex on the 3400 block of Cramer Street. Two men died in the October 2020 fire, and multiple people were injured including a firefighter, according to officials.

Firefighters also received a unit citation award for another incident where a person was trapped under a PATCO train in May 2020.

Some family members came to show their support outside the fire administration building.

"We know that it's a hard job, and it's something I couldn't do, and the way they protect our community they are not recognized enough, and I just wanted to be supportive," said Tish Smalls, the wife of a Camden firefighter.