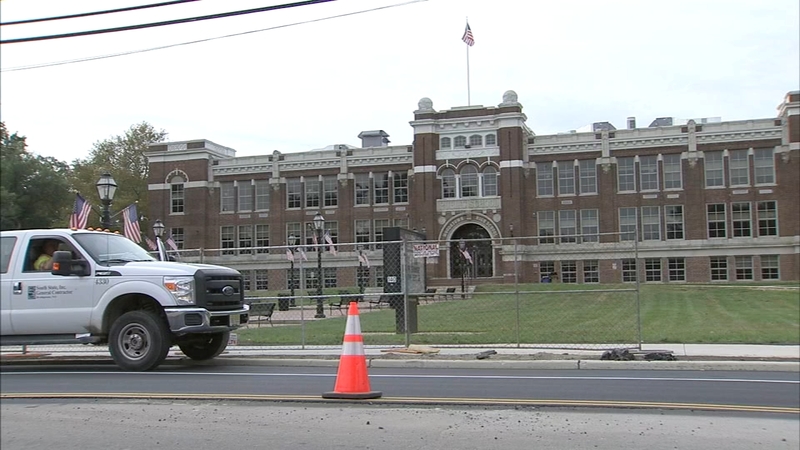 "Although it's 70 degrees, we had to call our first inclement weather day," Superintendent Ginny Grossman said.

It's probably the last thing you think would result in a so-called "snow day" for students.

Instead of the white stuff, school was closed due to loose gravel, unfinished sidewalks, and heavy machinery.

"You can't take any chances with student safety. We have a lot of walkers that come here and there's still areas that aren't finished," Richard Senior, Principal Woodstown High School, said.

Kids in the Woodstown-Pilesgrove Regional School District were supposed to head back to class September 5, but unforeseen issues in a major summer roadwork project on Route 40/East Avenue forced officials to cancel classes for the day.

The district was told crews found five feet of clay which is considered poor soil instead of the anticipated 12 inches.

Up until the morning, Superintendent Grossman says there was hardly a road to travel on.

The New Jersey Department of Transportation says the main issue was resolved overnight. Westbound traffic is now utilizing the eastbound lanes. The westbound lanes will reopen this fall.

"They do need to be commended. They pulled double shifts through their contractors to be able to get the roadway done," Grossman said.