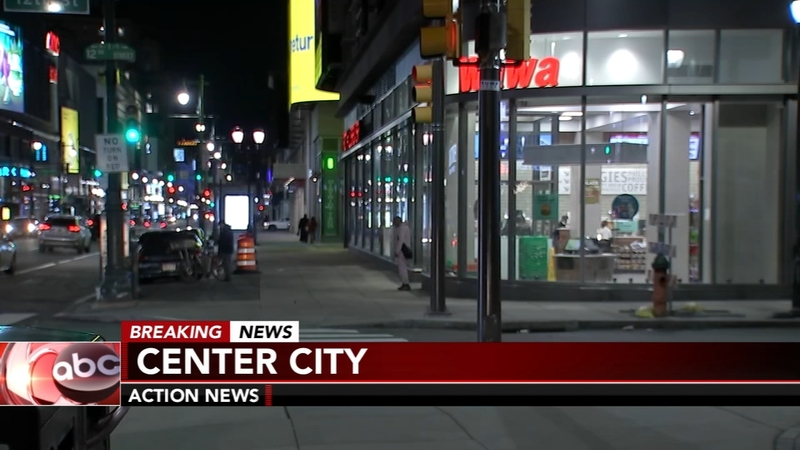 PHILADELPHIA (WPVI) -- Philadelphia police have increased their patrols Saturday night after a group of about 150 teens caused disruptions in Center City along 10th and Market streets.

Police say this started on social media around 5:30 p.m. and led into the night.

Police cars were spotted as large groups of teens congregated.

Officials say at one point it got intense with a large group of teens ransacking the Wawa at 12th and Market streets and vandalizing other stores.

Because of that, other stores closed early, like the stores inside the Fashion District Philadelphia.

"Some of them dispersed others did not, jumping on cars this sort of thing," said Inspector D.F. Pace of the Philadelphia Police Department. "The level of disorderly conduct among these juveniles included vandalism of stores. It also prompted a number of stores which would have stayed open to close early to avoid being ransacked."

Four teens have been arrested for high-level misdemeanor crimes.