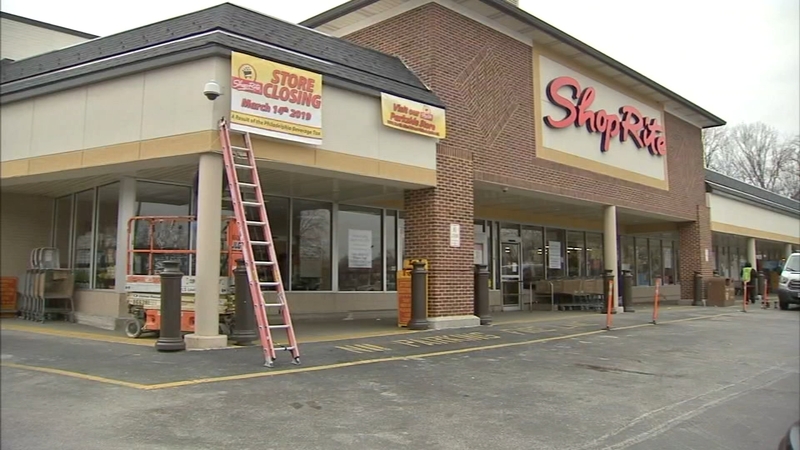 WEST PHILADELPHIA (WPVI) -- The owner of a West Philadelphia grocery store is getting ready to close the doors, leaving neighbors without a convenient place to shop.

There were tearful hugs on Wednesday as customers and employees of the ShopRite store at 6710 Haverford Avenue absorbed the news.

With its supply of fresh food, the ShopRite is called an oasis in an area that some call a "food desert."

The store's owner pulled no punches in blaming the tax on sweetened beverages that tacks on one-and-a-half cents per ounce on sugary drinks.

Jeff Brown says those who can drive go to nearby Delaware County to shop. Meanwhile, revenue is off at this store by more than 20 percent.

"So the customers have a lot of choices outside the city where they can avoid this tax," Brown said. "They voted with their feet."

Brown has a dozen other stores, including six in the city. As for their future?

"Well, I have other stores that lose money. We haven't given up on them. We're working on different strategies to try and build their business," said Brown.

The store will close in mid-March. The hope is workers will be reassigned to other stores.

"I was utterly upset. I love this ShopRite," said Naima Grubbs-Dade.

Some question if the tax is the sole reason for closing.

Others figure it is, and wonder if city politicians should reexamine that tax.

"We have to put things on a scale, weigh the good and the bad, and I think this bad outweighs the good," said customer Darryl Hansbury.

In a statement, Mayor Jim Kenney - a proponent of the tax - said Brown is making the tax a scapegoat.

The city cites an ongoing university study, saying it "finds the beverage tax has not affected overall store sales, contrary to other public claims by this supermarket chain."

The mayor has long said the goal of the tax was to fund pre-kindergarten programs in the city.

"Also remember that the beverage tax is a job creator, with 278 new PHL pre-K hires since inception," the statement continued.