Former Fresno police officer under investigation for pimping out girlfriend 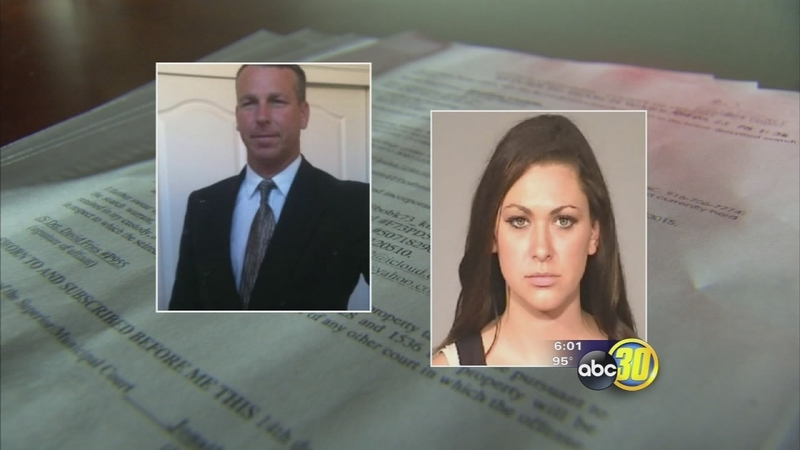 Former Fresno police officer under investigation for pimping out girlfriend

FRESNO, Calif. -- A former Fresno police officer remains under investigation for pimping out his girlfriend. Robert Knight resigned from the department last week, after his girlfriend was arrested for soliciting sex with an undercover cop. The meeting, according to investigators, was arranged by Knight.

Knight's girlfriend goes by the name Allie Marie, and she works at the famous Moonlite Bunny Ranch in Nevada, a place where sex sells and it's legal. The owner, Dennis Hof, contacted Action News via Skype to talk about Knight and the investigation.

Hof said, "I would think an officer that has been in the business for 22 years knows better than that, and he wouldn't get involved in that."

The prostitute's real name is Alicia Stapleton. She's relatively new to the ranch, just a few months in. Hof says she also has a side job, outside of Nevada, a "naughty maid service." He knew about it as well as the relationship between the hooker and the officer.

"We said to her, 'We can't have any sex involved or anything illegal while you're contracted with us,'" Hof added.

Investigators believe there was illegal activity going on, and Knight may have been involved. There are photos of Stapleton online, posing in Knight's bathroom. One of those pictures was seen on Craigslist, apparently offering sex in the Fresno area.

When Stapleton was arrested, the meeting, according to investigators, was set up through Knight. Still, Hof says it doesn't add up. He says Knight kept his distance from Stapleton's work, knowing the department wouldn't approve.

"It's not about prostitution," Hof said, "It's about the fact that a police officer is dating a legal prostitute; that's the problem."

On Monday, there was a meeting between police and prosecutors to figure out whether Knight should face any charges. A decision has not been made public.