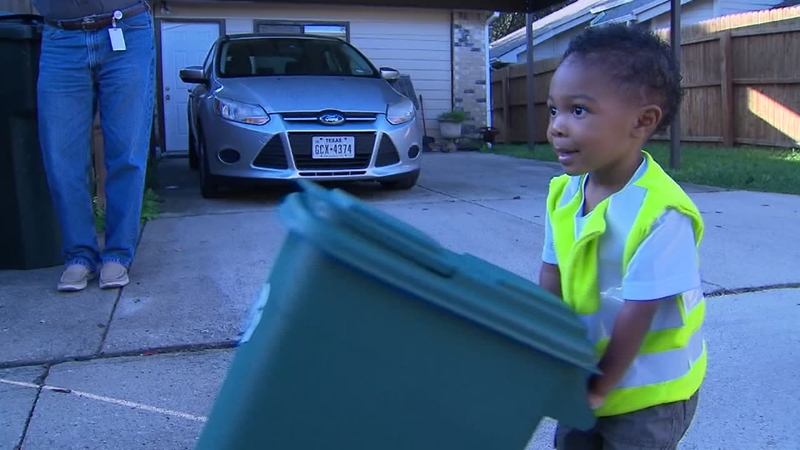 FORT WORTH, Texas -- Every Monday, like clockwork, 2-year-old Lance gets ready for trash day.

The Plano, Texas, toddler wheels his mini recycling bin to the curb, dressed as his buddy, James the trash man.

Lance waits with a quiet smile, as the familiar rumble and squeak of the city garbage truck fills the alley.

It's a unique friendship formed nearly a year and a half ago, when the Rufus family moved in.

Four years on the job, and James Jackson had a new sidekick.

"It's like, Lance is eating breakfast, he hears it, he stops and says, 'Garbage truck!' We have to get him out of the high chair and run to the back. I really love it," said Lance's mom Chantal Rufus told KTVT.

"To see a youngster that's so excited, I wondered if I would see him again," said James Jackson. He's behind the wheel of the garbage truck the two-year-old loves to see.

The friendship that started with a wave quickly blossomed. James gave his buddy a "City of Plano" toy bank. Lance hasn't been able to put it down.

"It makes it sweet when you see someone who really likes what you do," laughed Jackson.

Lance's parents even dressed him up as James for Halloween!