What are Gallbladder attack? Symptoms, treatment and gallbladder surgery option 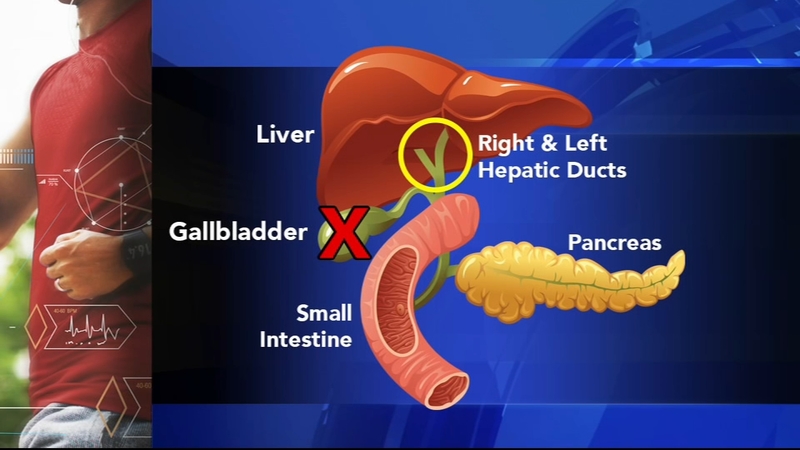 Moves in Medicine: What is Gallbladder attack - Gallstones surgery, treatment

PHILADELPHIA (WPVI) -- A Frankford woman found out the hard way not to ignore stomach pain. Shakina Hawkins said she feared going to the hospital because of the pandemic and because of that her situation became more severe.

Hawkins said the pain started last May and went on for months. Because of the pandemic, she eventually tried a telemedicine appointment.

"They advised me to go to the emergency room, I was a little skeptical about that because of everything that's going on right now," she said.

She said by August the pain was too much.

"Finally I just had no choice; I had to go," she said.

The tests confirmed she had gallstones and she was sent to Temple Health.

"Gallbladder attack commonly is due to stones," said Dr. Sanjiv Dewan, an assistant professor in clinical surgery. "When the stone gets stuck in the neck of the gallbladder that's what causes pain."

When the stones get to the point of Hawkins', you must have surgery to remove the organ. Doctors said once stones appear, they will keep coming back.

The gallbladder helps break down fatty foods, but yes you can live without it.

"The ducts of the liver and gallbladder get slightly bigger and they take over the function of the gallbladder," said Dr. Dewan.

At 44 years old, Hawkins is right in the demographic for gallstones.

"Commonly this happens in age group between 40 and 50, more common in females, more common in people who are obese, who have eaten high fat and high cholesterol diet," said Dr. Dewan.

Hawkins said, in her case, her fears of going to the hospital were misplaced.

"It was outpatient, which I was very surprised. So it was kind of like go in, boom, get it done and out the door," she said.

Doctors said not everyone who has gallstones will become symptomatic. And not everyone needs surgery but because Hawkins waited that became her only option.
Report a correction or typo
Related topics:
health & fitnessphiladelphiahealthmoves in medicine temple
Sponsored Content
Copyright © 2021 WPVI-TV. All Rights Reserved.
MOVES IN MEDICINE TEMPLE
SPONSORED: Moves in Medicine:  How common is diverticulitis
SPONSORED: Temple Health uses a team approach to battle back pain
SPONSORED: Emphysema patients can breathe easier with LVRS
SPONSORED: COVID-19 leading to spike in lung transplants