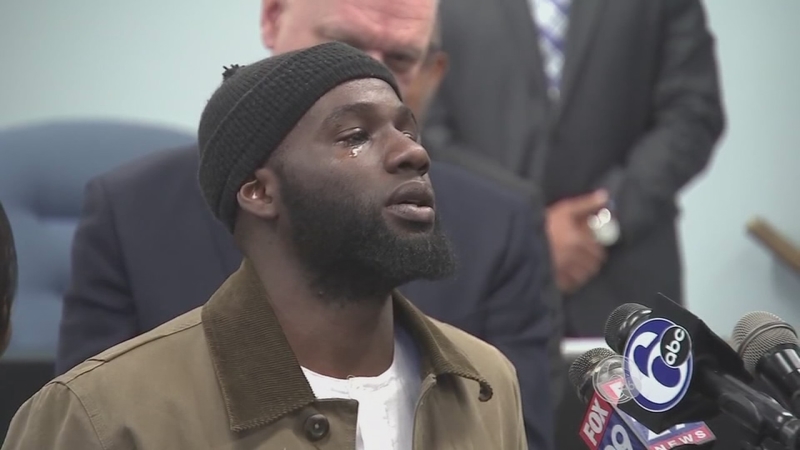 ATLANTIC CITY, N.J. (WPVI) -- A Good Samaritan was honored in Atlantic City for helping to make peace between two teenagers, who were literally in the middle of a street fight.

The video of Ibn Ali Miller encouraging the young men to talk and shake hands has been seen around the world on social media, and Wednesday it got the attention of city council members.

While many people were praising him for breaking up a fight, he used his moment in the spotlight to honor someone else - his mother.

"People get 15 minutes of fame a lot, and I would like to use every second of the 15 minutes to send gratitude to my mother," said Miller.

Choking back tears, he gave credit to his mother during Wednesday night's council meeting.

A Good Samaritan was honored in Atlantic City for helping to make peace between two teenagers, who were literally in the middle of a street fight.

The actions of the 26-year-old, caught on camera, were seen more than 28 million times on Facebook.

Actions he says are a reflection of how his mom, Sabrina Winters, raised him.

The two teens in the video - Sheldon Ward and Jamar Mobley - also thanked Miller for stopping their brawl.

"A couple days ago,I was thinking it was cool to fight in front of my friends or I need this fame, but it really doesn't mean nothing at all, so I want to say thank you again," said Mobley.