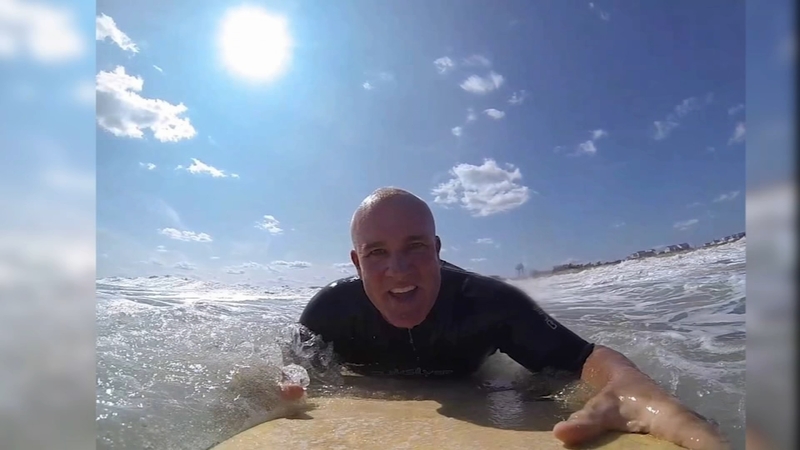 LONG BEACH ISLAND, New Jersey (WPVI) -- Local police departments in several Jersey Shore communities are coming together to help one of their own, after a retired officer was hit by a car while stopping to help others.

"That's Scott. He's there for everybody," said Sgt. Kevin Snow of the Harvey Cedars Police Department.

Snow never worked with Sgt. Scott Barr, but as a fellow police officer on Long Beach Island, Snow says Barr made a big impact throughout the island.

"He was our last PBA President; he is just an honest, genuine, good person and we want to be there to support him every way we can," said Snow.

Barr is a 25 year veteran of the Ship Bottom Police Department, and retired a few years ago.

Police say he was critically injured around 7 p.m. Saturday near mile marker 39 of the Garden State Parkway as he came upon an accident and stopped to help.

"As he went to check the cars that skidded off the road, another vehicle hit him. They didn't know if he was going to make it that night. If the trooper working didn't have a tourniquet on him, he wouldn't be here right now," said Snow.

Sgt. Mike Nash of the Ship Bottom Police Department shared a patrol car with Barr for about a decade. When Nash found out Barr was helping someone when the accident occurred, he said he wasn't surprised at all.

"My first words, when I found out about this were: 'Of course. Of course he was helping someone.' Because that's just who he was," said Nash.

Police say Barr is expected to pull through, but he suffered extensive injuries to his legs.

A GoFundMe has been set up for Barr's family and his medical expenses, as he has a long recovery ahead of him.

"One of the officers in Stafford is building ramps at his house to get him inside. We're going to do a benefit for him to help him with all the medical bills and all the expenses," said Snow.

His fellow officers say it's the least they can do.

"There's not enough money in my bank account that could repay all he's done for me over the course of the years. But whatever we can do, we're going to do," said Nash.