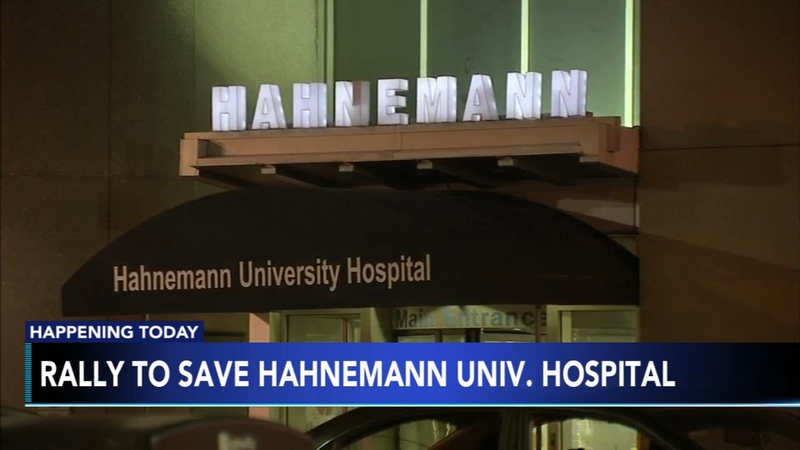 Rally in Rittenhouse Square to save Hahnemann

The Health Department told the owners of Hahnemann University Hospital on Thursday that they must first file a detailed plan that ensures the safety of people who depend on the institution for care.

The 496-bed hospital announced Wednesday it would close in September due to unsustainable financial losses.

The hospital had said it planned to start diverting trauma cases from its emergency room Monday.

The state says it's since been told that even more ER patients could possibly be diverted. It ordered the hospital to cease and desist from any steps toward shutting down until a plan is approved.

"We acknowledge receipt of the DOH letter, and as we have said from the start, we intend to conduct the closure in an orderly manner that prioritizes the health care needs of our patients," said Philadelphia Academic Health System in response to the health department's letter.

Rally to save Hahnemann University Hospital. Ali Gorman reports during Action News at Noon on June 27, 2019.

Health officials say they worried about what impact even a partial closure could have on residents and tourists during the holiday.

A rally is planned Friday morning in Rittenhouse Square, as employees fight to keep Hahnemann open.

Initially, organizers with Pennsylvania Association of Staff Nurses & Allied Professionals, had planned to send buses to Harrisburg, but decided to relocate the rally to Philadelphia.

On Thursday, hospital employees rallied at City Hall to save the hospital from closing.

READ THE FULL CEASE AND DESIST ORDER BELOW: 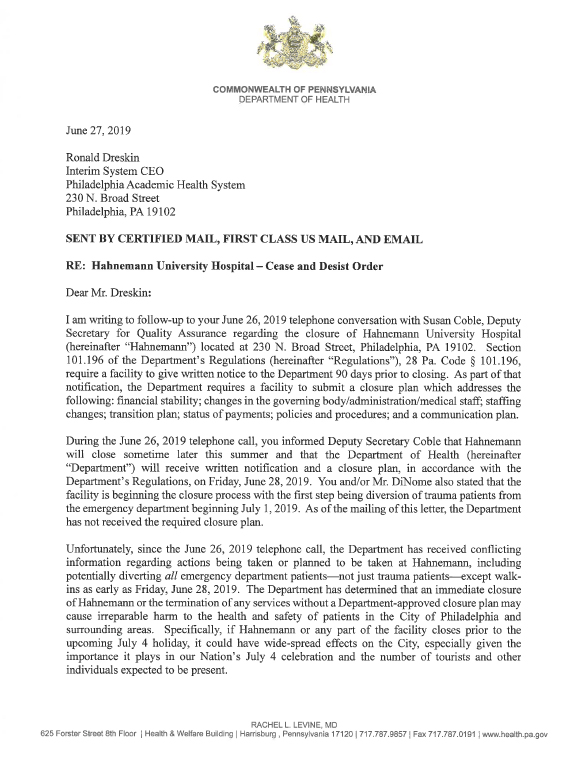 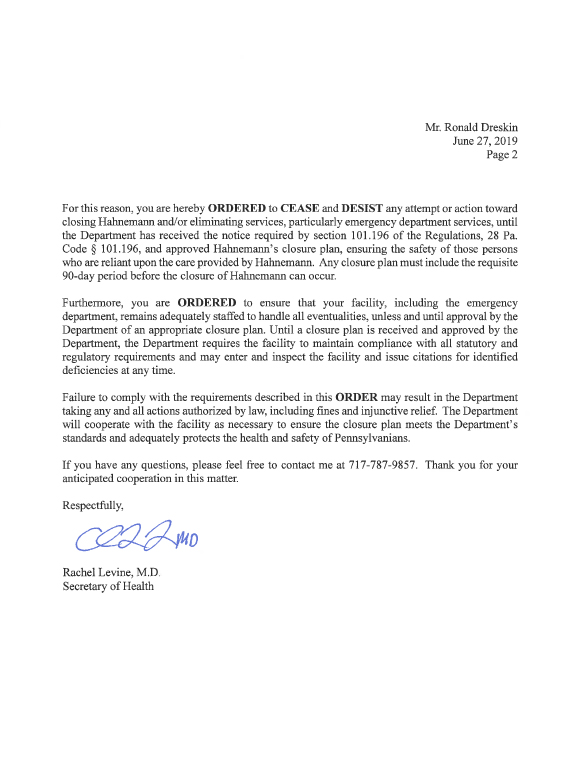