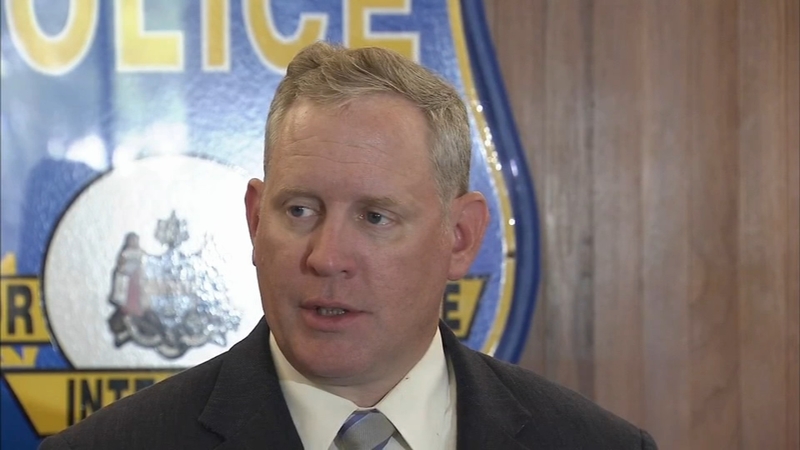 PHILADELPHIA (WPVI) -- Action News has learned the head of the Philadelphia Police Homicide Unit has been reassigned as the murder rate continues to climb in the city.

Captain Jack Ryan will be placed in a different division within the Philadelphia Police Department, Action News is told.

The reasons for Ryan's reassignment were not revealed by police brass. Action News is told by sources it did not have to do with the growing homicide rate, but, rather, other internal matters.

He is being replace by Captain Jason Smith of the Major Crimes Unit.

Captain Ryan, who is not being demoted, had no comment to Action News on Thursday.

According to the Philadelphia Police Department's Crime Stats, there have been 346 homicides as of December 26, 2018, compared to 311 on the same day in 2017.

Annette Rodriguez's son is one of the 346 victims this year.

Curtis Gravlsande was gunned down with a female companion Friday night at 2nd Street and Allegheny Avenue.

"He was the best. He always made everyone laugh and he always tried to help everyone," Destin said.

"It's empty. It's a very empty feeling and I'd never want another mother to feel what I feel," Rodriguez said.

Officially, Philadelphia police say a combination of factors have led to the spike in homicides, from a growing drug trade to lower clearance rates.

"The more people that we can get stronger identifications on, build stronger cases and get stronger convictions on, that would certainly go towards to reducing the overall number because those people couldn't re-offend," Philadelphia Police Captain Sekou Kinebrew said.

However, our sources within police brass and the Homicide Unit say the major reasons for the spike in homicides are the city's goal to reduce the prison population and District Attorney Larry Krasner's more lenient bail policies.

The D.A.'s office issued a statement to Action News, reading in part, "We cannot address the root causes of gun violence without providing adequate funding for public education, job training and other critical social services designed to lift people out of poverty."

The D.A.'s office says it's a partnership with the PPD and the goal is to reduce violence across the city.

Overall, while homicides are up, violent crimes including rape, robbery, and aggravated assault are down 6 percent in 2018.

That figure does little for Annette Rodriguez, who lost her 31-year-old son forever.

Philadelphia's homicide rates continue to climb for the second year in a row as reported by Dann Cuellar during Action News at 11 on October 5, 2018.