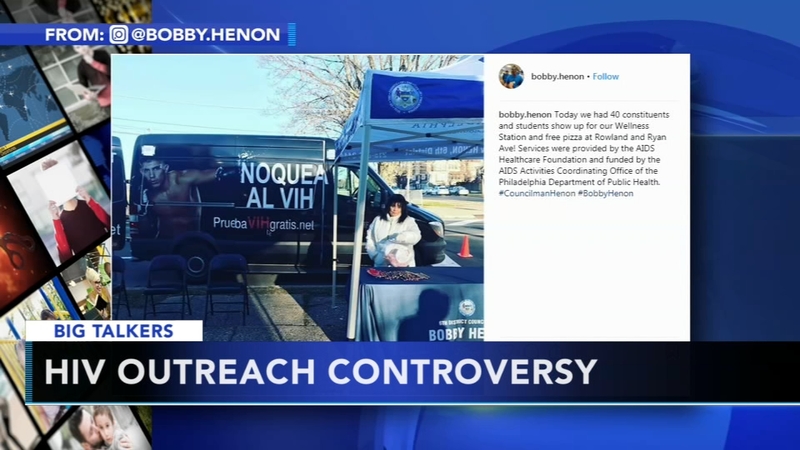 NORTHEAST PHILADELPHIA (WPVI) -- Some parents in Northeast Philadelphia are enraged after finding out that their middle school aged kids were offered a free slice of pizza in exchange for HIV testing.

One parent of a 13-year-old student at Austin Meehan Middle School says their child was tested without their consent.

Now, the Philadelphia Health Department confirms that they were working with a group called SPEAK OUT, and that this was organized though Councilman Bobby Henon's office to offer free HIV testing for Lincoln High School students.

They set up the van at a nearby pizza place and apparently did not realize it was also near the middle school.

As for the age requirement, the Health Department says in the state of Pennsylvania, anyone who legally consents to HIV testing - no matter their age - can be tested.

The Health Department says it is unfortunate that some middle school students were tested, but it is not illegal.

The Philadelphia School District told Action News that they were in no way working with the Health Department on this initiative.