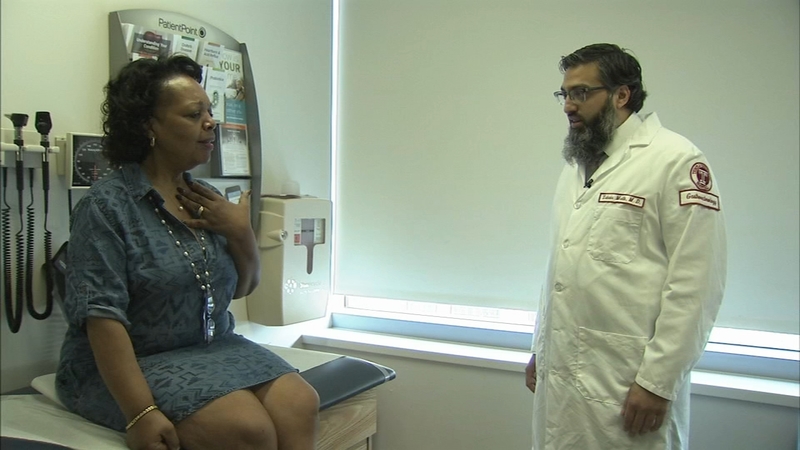 PHILADELPHIA (WPVI) -- Esophageal cancer is one of the few cancers on the rise in the US, but it can be stopped if it's caught early.

A local hospital is using a new tool to diagnose it more accurately and thoroughly.

When she finally went for answers, doctors discovered that scar tissue from a series of operations had changed her anatomy.

"My stomach was not allowing food to come through naturally. It was pushing it through another area," she said.

Sharon Ann had a second issue - Barrett's esophagus - or pre-cancerous cells on the lining of her esophagus.

"The precancerous cells are what scared me most," she said.

It's an alternative to the traditional biopsy with forceps, which only covers about 20% of the esophagus. The WATS 3D is a brush instead of forceps.

"Some things can be missed with forceps biopsy," said Dr. Malik. "You brush the entire area of Barrett's. You are trying to cover more area of the diseased esophagus, and get a greater amount of cells."

"And with that we are more likely to treat it earlier, which can hopefully prevent the cancer," he said.

Sharon Ann is now getting treatment, and has made adjustments to her diet and lifestyle, because she's determined to see her 100th birthday.

Sharon Ann is sorry she ignored her stomach pain for so long. Dr. Malik says anyone with frequent pain or chronic acid reflux that's not being treated should get it checked.