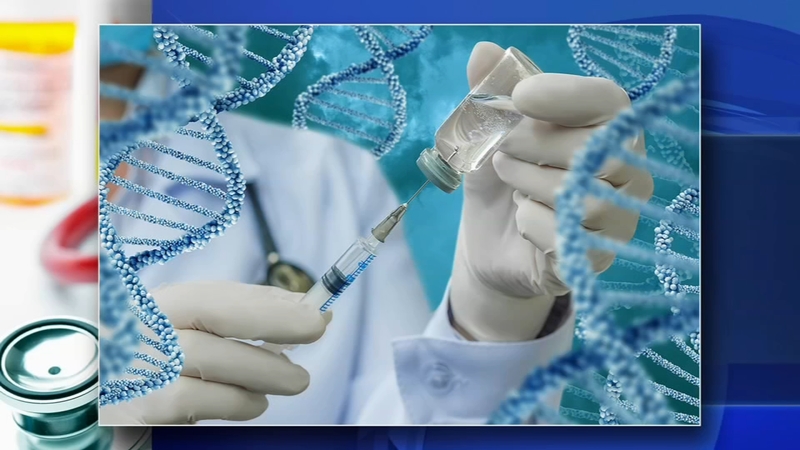 PHILADELPHIA (WPVI) -- The Ebola outbreak in the Democratic Republic of Congo is getting worse. It has now spread to a major city and has become the second-deadliest Ebola outbreak.

This isn't at the magnitude of the outbreak in 2014, but this outbreak has infected 500 people and almost half have died.

They're seeing success using an experimental vaccine, but researchers here in Philadelphia are also developing another vaccine that could make fighting this virus easier.

Dr. David Weiner and a team at The Wistar Institute are developing a new type of Ebola vaccine.

Unlike other vaccines which use a live virus, this one is based on a synthetic DNA sequence that mimics the virus. It teaches the immune system to fight off infection.

Instead of an injection, it's delivered by a mild electrical current through the skin.

"It's simpler to deliver, its also lower volume and its lower doses so there are multiple advantages and its fast," said Dr. Weiner.

He says it's also more temperature-stable than the current but still experimental Ebola vaccine - that one has to be refrigerated, which is not always easy when traveling to remote areas in Africa.

"And it also when you take it out to give it to a person it degrades very quickly, you don't have very much time, it can't just sit out," said Dr. Weiner.

Wistar's vaccine remains effective much longer in hot weather. Right now, it's in the early stages of human trials, so far it's been found safe and effective.

Dr. Weiner also believes it can give people long-lasting immunity to this often-deadly virus.

And that would be another advantage because the current vaccine has been given multiple times to keep up immunity.

They're still testing the new vaccine at The Wistar Institute. They say it could be ready in as soon as one year or it could take up to five years. But it does appear to be promising.