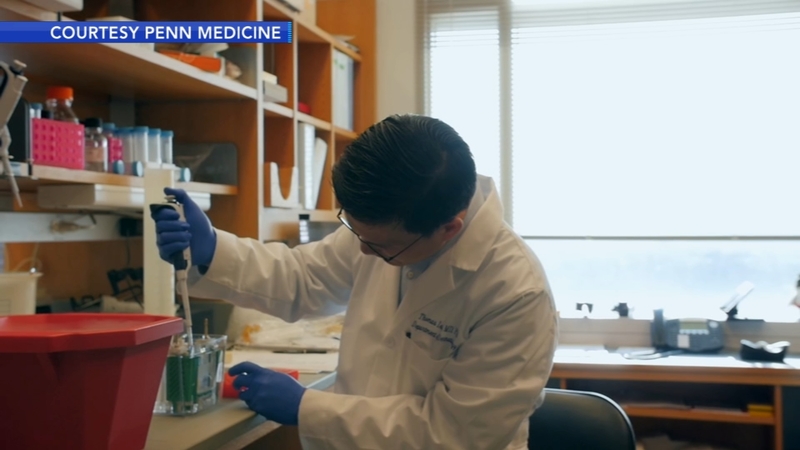 UNIVERSITY CITY (WPVI) -- Local researchers are turning their success with immunotherapy toward a new foe - the deadliest brain cancer, glioblastoma.

It's the cancer that took the lives of Senators John McCain and Ted Kennedy, and Phillies catcher Darren Daulton.

About 15,000 Americans are diagnosed with glioblastoma every year.

It's very difficult to treat with conventional cancer treatments, so Penn Medicine is trying immunotherapy to kill the cancer.

Now, experts at Penn are establishing a new center for glioblastoma and they're designing new, similar therapies focusing on using the body's immune system.

"Most importantly for us is T cell therapy, which is identifying targets but engineering patient's T cells to be able to attack tumor cells," said Dr. Donald O'Rourke, Neurosurgeon at Penn Medicine.

Penn is involved in a clinical trial with the University of California - San Francisco for one of them.