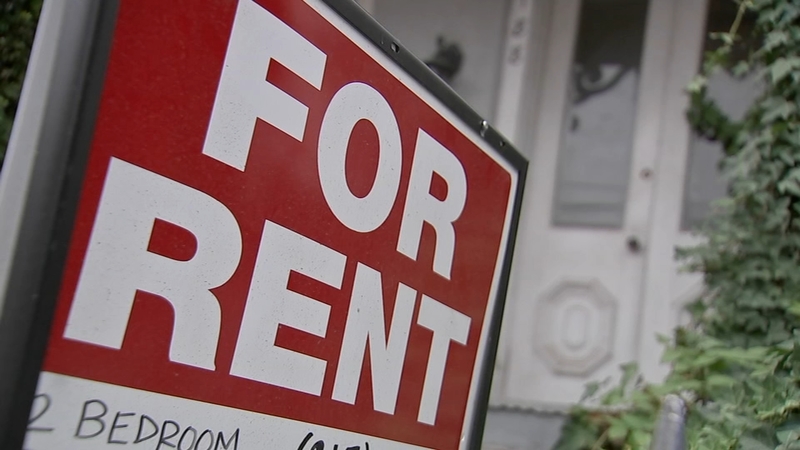 Whether you're looking for a house, a high-rise, or an apartment, you need to be careful, especially when using an app or searching online.

Deshanti Jones wanted to find an apartment closer to work so she, like many prospective renters, went online.

"I have a few apps I use HotPads, Apartments, Zillow," Jones said.

Jones also checked out CraigsList and told the Troubleshooters she found exactly what she was searching for: a two-bedroom rental in Point Breeze for $800.

"The pictures were nice and the inside was really nice," she added. "It was newly renovated and the price was in my range."

The alleged owner told Jones he required a deposit to see the unit and he couldn't show her the property immediately because he was out of town.

Jones eagerly decided to check out the neighborhood and the property's exterior.

Jones said, "We noticed it had a sign on the outside that it was for sale and it had a different website that was completely unrelated to what this guy was telling us. So that made me really suspicious."

It turns out her intuition was right. The listing was a scam.

Ayisha Sereni, the real listing agent for the home, said she learned about the scam when Jones called her.

"I had heard that this occurred in other areas, I never thought it would actually happen here," she said.

But it does and the Troubleshooters found not everyone catches on in time.

Old City resident Joe Baker said he was shocked when a young man came to his condo with all of his belongings.

"He said he had just rented the unit. When I told him we bought the unit a year ago and it had never been for rent, he kind of wrung his hands," Baker said.

Baker also said the young man told him he felt secure because the alleged owner provided him a copy of his driver's license and a supposed PECO bill for the rental property.

The victim paid $1,790 for the first month's rent for a security deposit through an online payment app.

"He had already given notice on his apartment in Manayunk so he had like a week to find a place," Baker said.

But the Troubleshooters found some red flags in both of these cases.

First, the rental rate was far lower than comparable properties.

Sereni told us looking back she also spotted another potential clue.

"I also saw inconsistencies in the ads, whereas in the heading, it would say five bedrooms, but when you would go look at the property description, it would say three bedrooms."