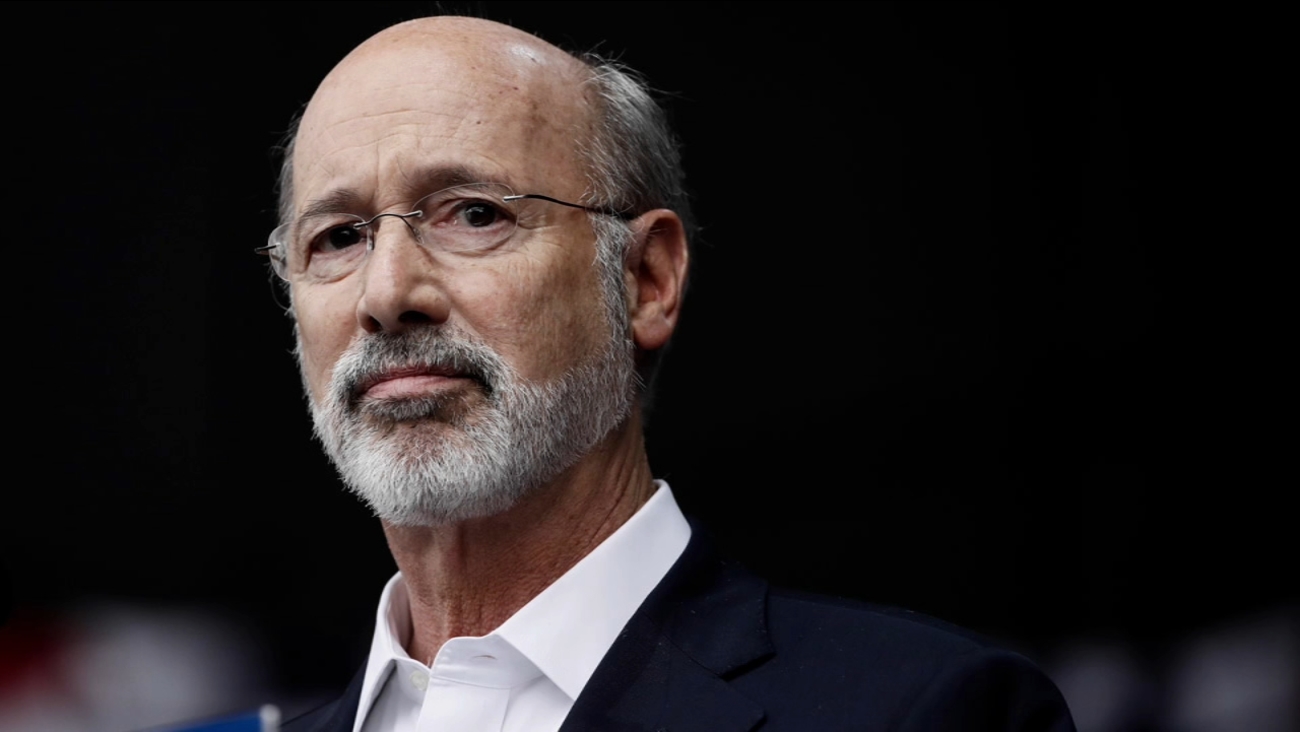 HARRISBURG, Pennsylvania -- Gov. Tom Wolf said Tuesday he does not have the legal authority to extend Pennsylvania's moratorium on evictions and foreclosures beyond the end of the month, meaning that renters will no longer be shielded from losing their homes for failing to pay rent during the pandemic.

In a letter to both legislative chambers, Wolf said the state's Emergency Services Code allowed him to block eviction proceedings for only a limited amount of time. The Democrat called on state lawmakers in the Republican-controlled General Assembly to pass legislation to extend the statewide moratorium, which has been in place for more than five months.


"Upon the expiration of the moratorium at the end of the month, notices of eviction and foreclosure will again be able to be sent," Wolf wrote. "This begins a process that takes time, but that ultimately concludes with our fellow Pennsylvanians being removed from their homes."

Pennsylvania is using $175 million of its federal coronavirus relief money to provide rental assistance to eligible tenants and mortgage relief to homeowners, but Wolf said the program has not been working as intended. Landlords have been reluctant to participate in the state program, he said, because of a $750-per-month cap on payments. Wolf said lawmakers should raise the cap and relax other requirements in the program to encourage participation.

"The expiration of the moratorium would be less significant if the programs established to assist renters and homeowners ... were functioning as intended to provide payment assistance," Wolf wrote.

Thousands of landlords and renters applied for assistance through Aug. 14, and $465,000 was distributed to nearly 1,100 of those applicants, according to the Pennsylvania Housing Finance Agency, which is administering the program.

House GOP spokesperson Jason Gottesman said Wolf's unilateral eviction moratorium burdened landlords who "now cannot afford to pay their bills, including property taxes that go to fund local schools." He said the governor "is passing the buck to the legislature to once again bail him out of his poor prior planning."

Lawmakers will discuss the issue when they return to session next week, Gottesman said.


Like many Democratic and Republican governors and local officials around the U.S., Wolf imposed a moratorium on foreclosures and evictions to prevent people from losing their homes in the midst of the virus outbreak and widespread joblessness. On July 9, he extended the statewide moratorium until Aug. 31, saying renters needed more breathing room. A landlords group and individual landlords tried to get the moratorium overturned, but the state Supreme Court dismissed their suit.

Now, housing advocates predict a rush to the courthouse and a wave of evictions once the moratorium expires.

"We've been getting phone calls already with landlords sending their tenants notices that they're behind on their rent, and they need to collect their rent and they're planning on filing for eviction sometime soon," said Vik Patel, a housing attorney at Community Legal Services of Philadelphia.

In other coronavirus-related developments in Pennsylvania on Tuesday:


Pennsylvania has been approved for nearly $1.5 billion in federal funding to boost unemployment benefits by $300 per week.

To qualify, out-of-work residents must receive at least $100 in weekly benefits through the regular unemployment compensation program, the pandemic assistance program for self-employed workers, or another worker benefits program.

It wasn't immediately clear when recipients will begin to see the extra money, as the state Department of Labor & Industry said it needs to create a new system to administer the program. Payments will be retroactive to Aug. 1 and end no later than Dec. 27.

"L&I is working as quickly as possible to evaluate what it will take to implement this program and begin paying the $300 weekly supplement in Pennsylvania, while awaiting final program guidance from the federal government. We will get this money into the pockets of the eligible Pennsylvanians who need it and will be sure to keep everyone updated throughout this complex process," said Labor & Industry Secretary Jerry Oleksiak.

The program was authorized via presidential executive order after the previous federal benefit of $600 expired, and Congress and the White House were unable to agree on a replacement package.
Report a correction or typo
Related topics:
home & gardenharrisburgcoronavirusevictionrentspennsylvania politics
Copyright © 2021 by The Associated Press. All Rights Reserved.
More Videos
From CNN Newsource affiliates
TOP STORIES