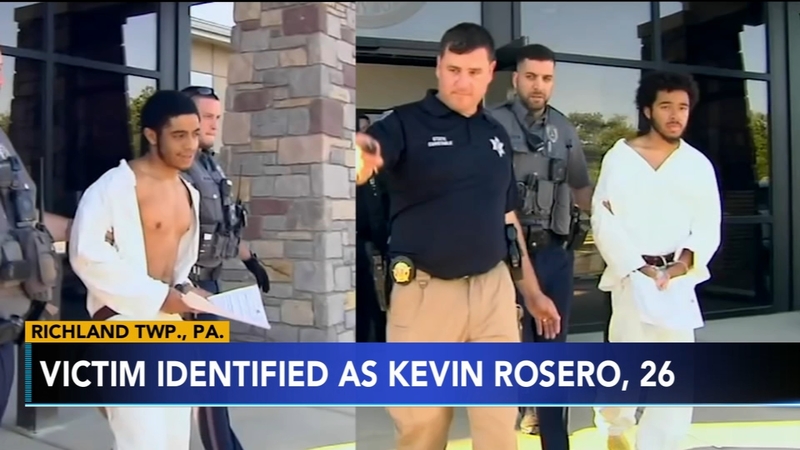 RICHLAND TWP., Pennsylvania (WPVI) -- Two brothers from Somerset, New Jersey are accused of killing a man whose body was found in Bucks County, according to authorities.

The District Attorney's Office said the body was discovered around midnight in the 500 block of East Pumping Station Road in Richland Township, just outside of Quakertown.

According to District Attorney Matt Weintraub, Joshua Gamble, 17, and Anthony Gamble, 19, are being charged with homicide, conspiracy, and other related crimes in the death of Kevin Rosero, 26. The brothers were arraigned Thursday night.

Joshua Gamble is expected to be charged as an adult in this case. 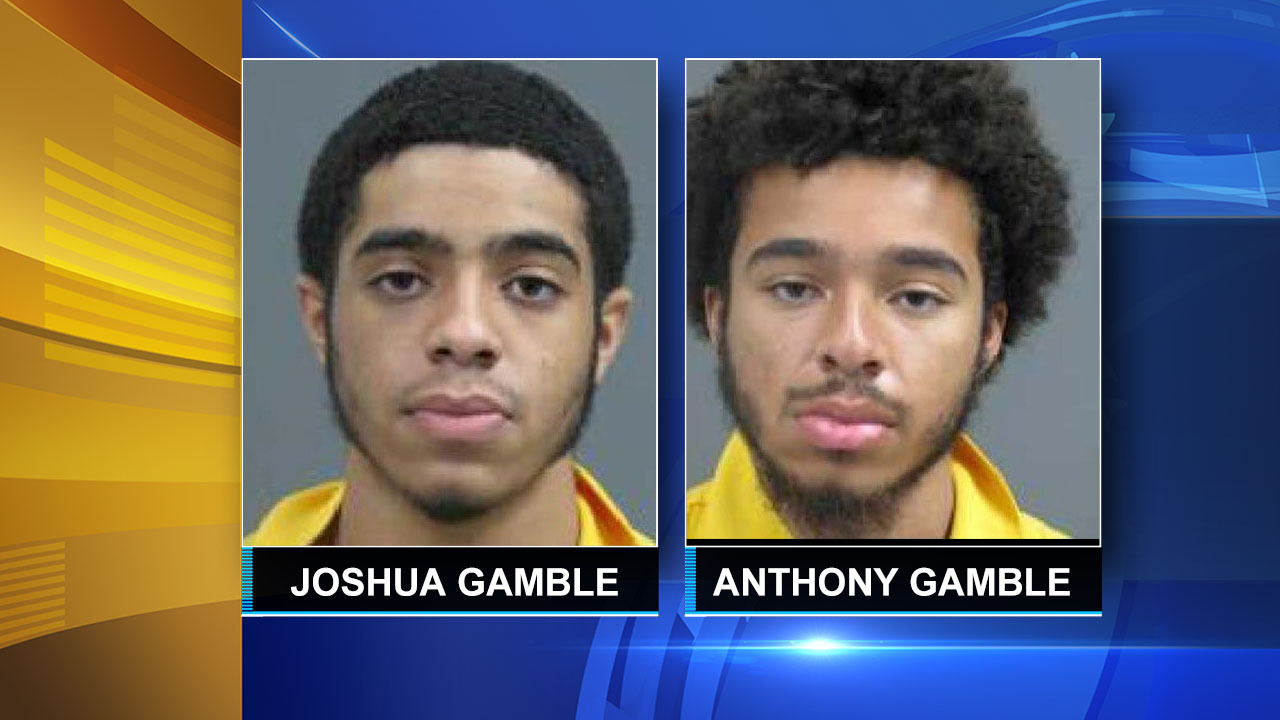 Joshua Gamble, 17, and Anthony Gamble, 19, are being charged with homicide, conspiracy, and other related crimes.

An autopsy was being performed on Friday.

According to Weintraub, Rosero, also of Somerset, was found with stab wounds to his head, neck, upper chest and arm.

According to District Attorney Matt Weintraub, two brothers from New Jersey will be charged with homicide, conspiracy, and other related crimes.

Investigators said the body was found by a state trooper after finding a parked Subaru registered to one of the brothers with its blinkers on.

A second car, an Audi with Florida tags, was also spotted nearby. In it, police found blood and a knife, Weintraub said.

Two brothers from Somerset, New Jersey are accused of killing a man whose body was found in Bucks County, according to authorities.

He also said police found the younger Gamble lying on the ground with blood on his shoes and a bloody glove. His brother reportedly came running out of a wooded area nearby.

"The trooper saw something amiss on the side of the road, did what troopers do, stopped and investigated," Richland Police Detective Sergeant Raymond Aleman said.

The men apparently tried to clean up the crime scene with sanitizing wipes.

"The investigation found that Joshua Gamble had purchased the wipes and two sets of work gloves from a 7-11 in Richlandtown virtually around the corner," said Weintraub.

It is not yet known how long the body may have been there or if Rosero was killed in the same location.

Chopper 6 was over the scene Thursday morning as police and emergency personnel investigated.

Authorities are investigating the death of a man whose body was found in Bucks County.

The two suspects and the victim have no known connection to Bucks County, and it's unclear how they ended up in the area.