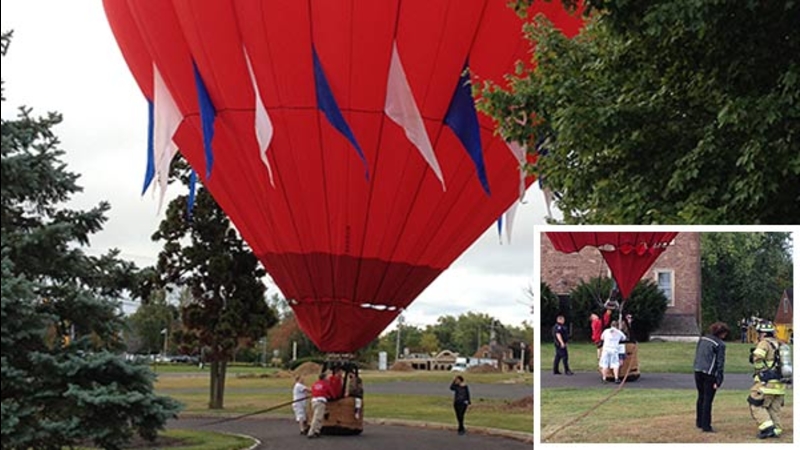 The balloon landed at 8:00 a.m. Thursday near the Warrington Township Building in the 800 block of Easton Road.

Officials tell Action News there was no crash, that the balloon landed safely, and no one was injured.

But people who saw the balloon come down were apparently alarmed to see it come down so close to homes and so near the township building.

Warrington Township Police Lieutenant Daniel Friel was among those responding to the scene and said the pilot did a good job in unexpected circumstances.

Friel said at some point the pilot realized he needed to put the balloon sooner than expected. He looked for a safe landing site off major roads and chose the parking lot of the township building.

The plan worked out perfectly. No one was injured and no property was damaged.

Friel said the pilot had notified his chase driver of the new landing site while still in the air.

The driver was there when the balloon touched down. The pair quickly broke down the balloon and took it away.