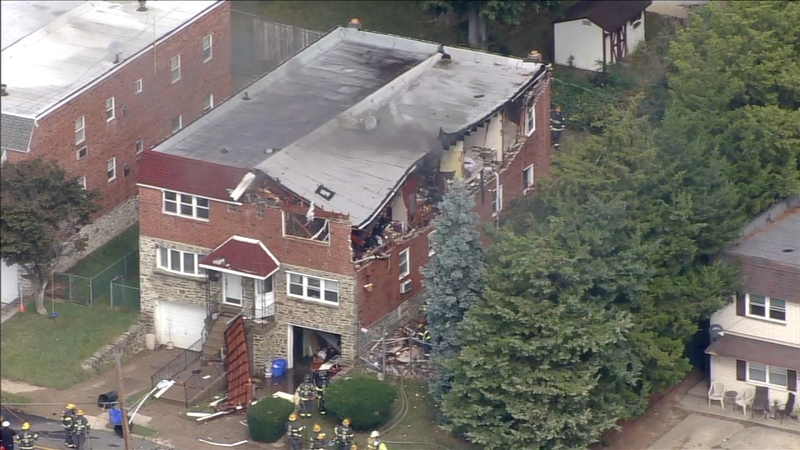 "Literally you can see where it looked like the front of the roof popped up," said neighbor David Rynkiewicz.

"One of our concerns is not to extinguish the fire until you have the source of the gas because when you try to extinguish it, you put out the fire and you still have a gas leak," said Philadelphia Fire Assistant Chief Richard Davison.

Gas service was turned off on the block.

Neighbor David Rynkiewicz said he heard that no one lived in the apartment that was damaged, though there were other occupied units on the opposite side of the building.

"The house had been vacant, they said. But people were doing work there," he said.

Philadelphia Police Chief Inspector Carl Holmes says the house was sold a little over a week ago.