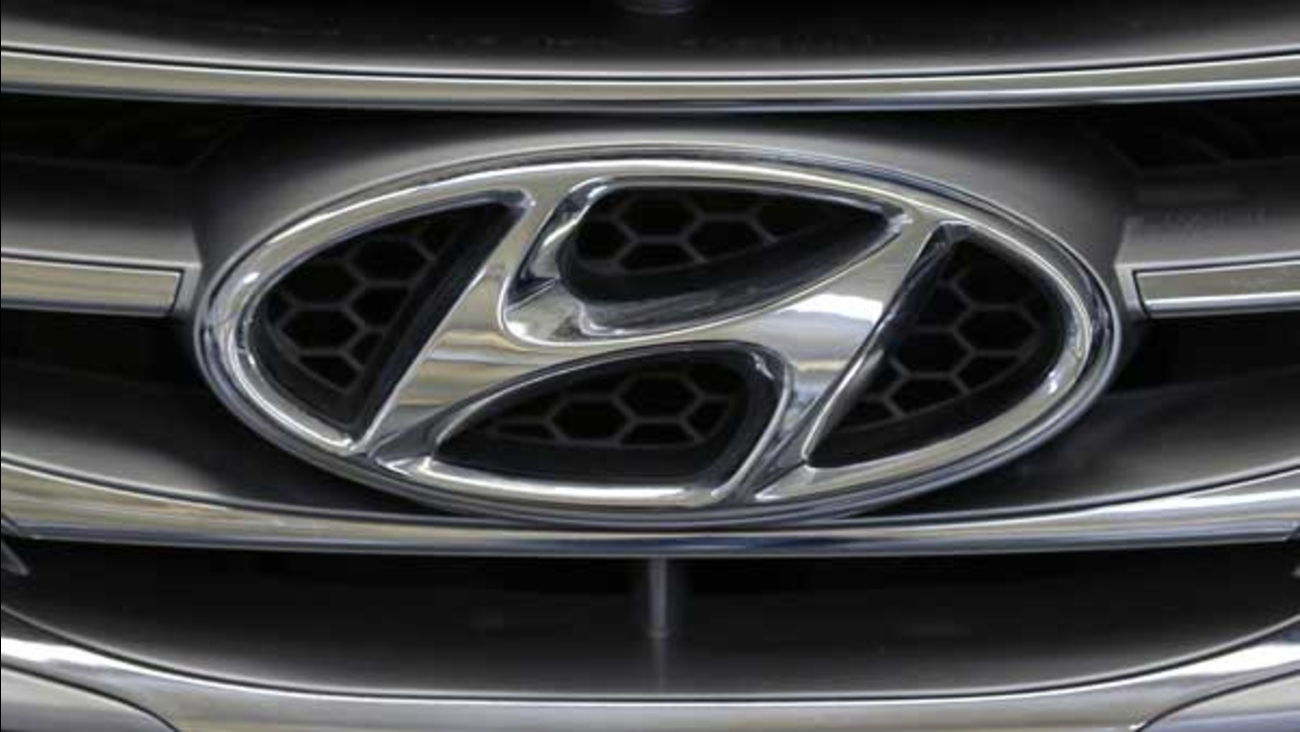 This Photo taken Feb. 14, 2013 shows the Hyundai logo on the grill of a Hyundai automobile at the 2013 Pittsburgh Auto Show in Pittsburgh. (AP Photo/Gene J. Puskar)

DETROIT -- Hyundai is recalling nearly 978,000 cars in the U.S. because the front seat belts could detach in a crash and fail to hold people.

Hyundai says in government documents that a fastener for a seat belt anchor may not have been fully latched during assembly. If that happens the belts can detach.

The company says it knows of one minor injury caused by the problem.

The trouble was discovered in September when an owner reported that the front passenger belt in a 2013 Sonata came loose in a collision.

Owners will be notified starting April 7. Dealers will inspect the seat belt anchor system and repair it if needed.