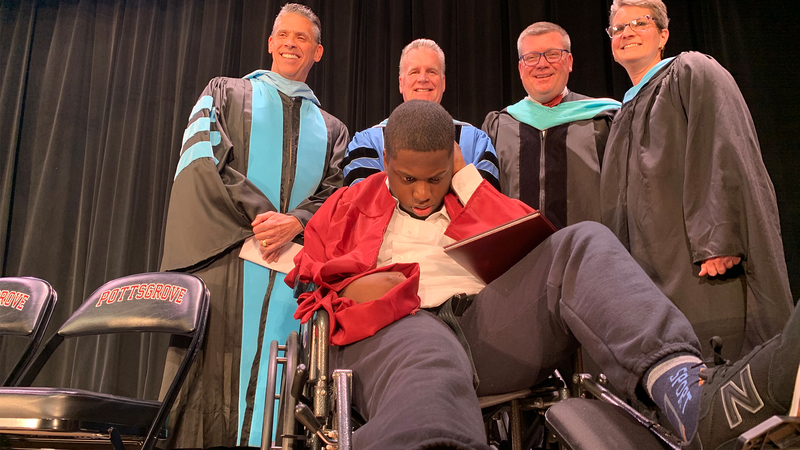 A Montgomery County community gathered for a special graduation for a 12th-grade student with terminal cancer.

Pottsgrove High School held an early graduation ceremony for JaSaad Jamison, who has a form of terminal illness.

The ceremony had all the pomp and circumstance of any high school graduation; the kids and teachers were dressed in caps and gowns, the audience was buzzing, and there was lots of music.

One thing, however, did separate the occasion at Pottsgrove High School from a typical ceremony in June - only one student was graduating.

"He's a very happy guy, just through everything he goes through, he always has a smile on his face," said his father, Sadiki West.

Jamison has terminal brain cancer and has lost most of his ability to communicate.

"You have to understand not only having the terminal illness on top of being autistic, number one it's frustrating because he can't explain fully how he wants to," said West.


His stepson's prognosis isn't looking good and the family says they're taking things one day at a time.