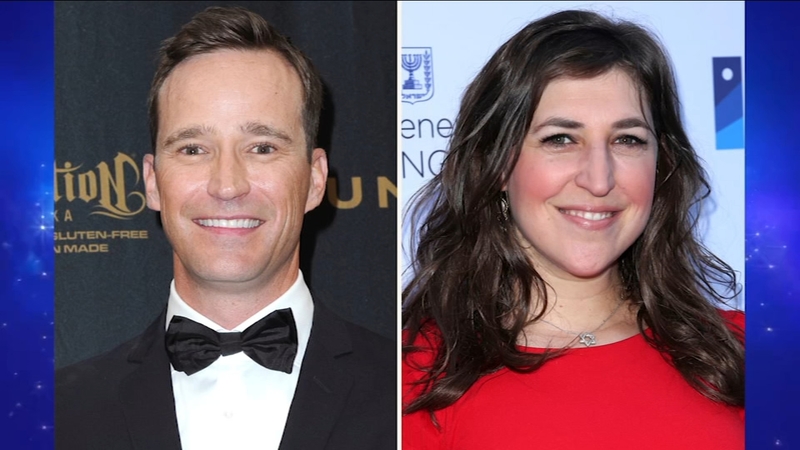 LOS ANGELES -- "Jeopardy!" has named executive producer Mike Richards as the new host of the long-running game show and actress Mayim Bialik as host of the franchise's primetime specials and spinoffs.

The pair will tag-team a role filled for 37 years by the iconic Alex Trebek, who died in November 2020 after a battle with pancreatic cancer.

Richards, who guest hosted this year from Feb. 22 through March 5, will take over the reins as host beginning at the start of the show's 38th season later this year.
EMBED More News Videos

"Jeopardy!" has named executive producer Mike Richards and actress Mayim Bialik and as the new hosts of the long-running game show.

Showrunners also revealed that Bialik will host an all-new primetime special titled "Jeopardy! National College Championship," which scheduled to air on ABC in 2022. The special "will feature 15 colleges and universities from across the country battling head-to-head for two weeks of intense competition."

Though his most recent gig was behind the camera, the 46-year-old Richards has previous hosting experience on game shows such as "Beauty and the Geek" and "The Pyramid" among others. He became executive producer of "Jeopardy!" as well as "Wheel of Fortune" in the 2020-21 season.

He previously served as executive producer on "Who Wants to Be a Millionaire" and "The Price is Right."

While guest-hosting, Richards would sign off with a tribute to Trebek: "I just want to say, as Alex said, we're trying to build a kinder and gentler society," Richards would say. "And if we all pitch in just a little bit, we're going to get there."

Bialik, a neuroscientist, is best known for her role on the CBS sitcom "The Big Bang Theory." She also guest-hosted "Jeopardy!" from May 31 to June 11 this year.

"Being a woman of science, as I am, is something I'm very passionate about presenting myself as. I really didn't grow up with a lot of female role models," she said after her guest-hosting stint.